Highlights from PM Modi's speech on Day 2 of Gujarat visit 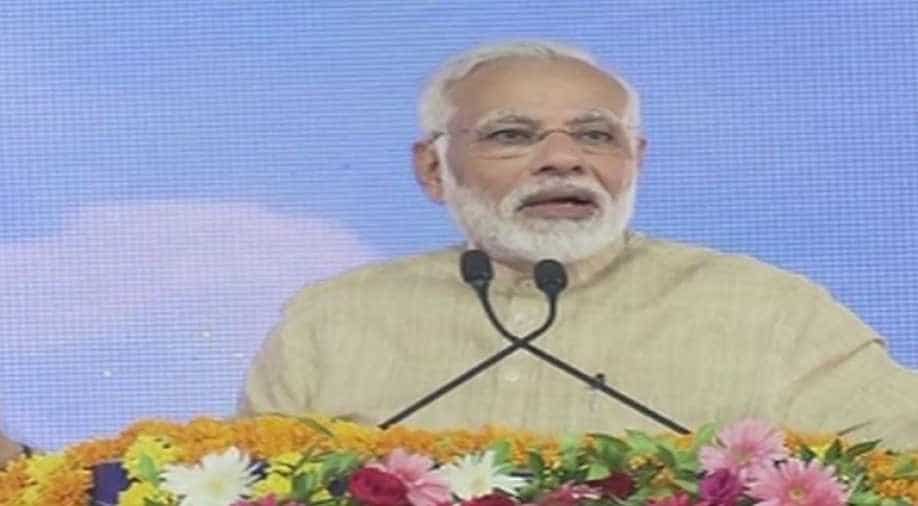 Prime Minister Narendra Modi arrived in his hometown Vadnagar in Gujarat's Mehsana district on the second day of his visit to Gujarat.

This is PM Modi's first visit to his hometown and birthplace since he became prime minister in 2014.

Other milestones of PM Modi's Vadnagar visit were a visit to his school and the inauguration of a Rs 500 crore multi-speciality medical college.

The Prime Minister's next stop was the city of Bharuch where he laid the foundation stone for the Bhadbhut Barrage to be built over Narmada River and flagged off the Antyodaya Express between Udhna in Surat and Jaynagar, Bihar.

Excerpts from his speech at a public rally in Vadnagar:

Doctors may or may not guarantee good health, but cleanliness does

Till the time Prime Minister Atal Bihar Vajpayee's government was in power 15, 16, 17 years back, our country made its health policy

After that for the next 10 years, a government came that hated development

We brought prices of stents down. Work is constantly being done to make healthcare affordable for the poor

Today I met youngsters from a medical college. We as a society require more doctors who can serve people

Highlights from his speech in Bharuch

However big those who plunder the country become, ultimately only honesty will win