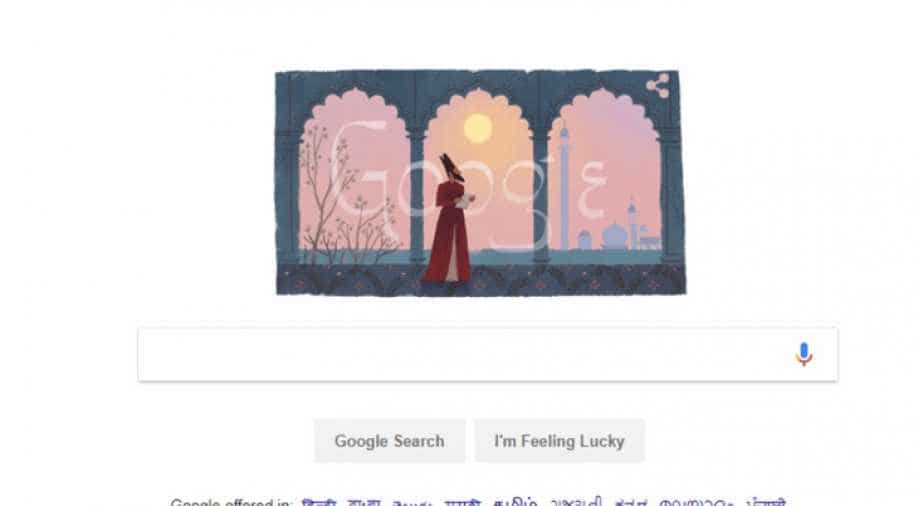 Ghalib was born in Agra on December 1797 and was considered the last great poet of the Mughal Era. Photograph:( Others )

The doodle sees Ghalib, with his pen and paper, knitting his imaginations, with a backdrop of buildings of Mughal architecture.

Ghalib, born in Agra on December 1797, during the Mughal Emperor Bahadur Shah, was educated in Persian, Urdu and Turkish got and acquainted with language at an early age.

Ghalib started composing poetry at 11 and was also a prominent letter writer.

One of the things Mirza Ghalib continued to write in his poems was the idea that life is an ongoing painful struggle which ends only with life itself.

He is famously known for his Urdu Ghazals and was considered the most popular and influential poets of the Urdu language. His honorific was Dabir-ul-Mulk, Najm-ud-Daula.

Most notably, he wrote several ghazals during his life, which have since been interpreted and sung in many different ways by different people.

He got married at the age of 13 to Umrao Begum, daughter of Nawab Ilahi Bakhsh and moved to Delhi thereafter.

He died on 15 February 1869 in Delhi and his house in Old Delhi has been converted into "Ghalib Memorial" also called "Ghalib ki Haveli", which houses Ghalib's exhibitions.