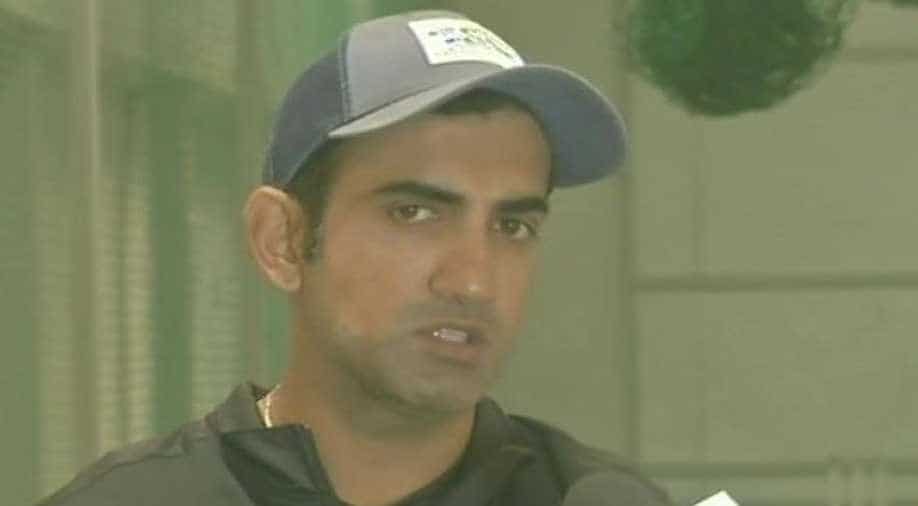 Interestingly, Gambhir and Kohli are reported to have had a?fractious relationship, one that almost came to blows during a?2011 IPL match. Photograph:( ANI )

Cricketer Gautam Gambhir has come out in support of Virat Kohli and Anushka Sharma's choice of wedding destination.

"It's absolutely ridiculous, it's a personal choice," Gambhir said.

"Anyone questioning this is doing for publicity," he added.

Its absolutely ridiculous, its a personal choice, anyone questioning this is doing for publicity: Gautam Gambhir on BJP MLA questioning Virat-Anushka wedding being held outside India pic.twitter.com/kGiOUevPyf

Virat and Anushka got married recently in Tuscany, Italy.

The only thing that marred the celebration was a Madhya Pradesh BJP MLA's comment that getting married outside of the country was not very patriotic of them.

Wani reportedly said there were a number of beautiful honeymoon destinations in India itself.

Interestingly, Gambhir and Kohli are reported to have had a fractious relationship, one that almost came to blows during a 2011 IPL match.

Gambhir was playing for Kolkata, Kohli for Royal Challengers Banglore. This was only a month after the two had won the 2011 world cup.