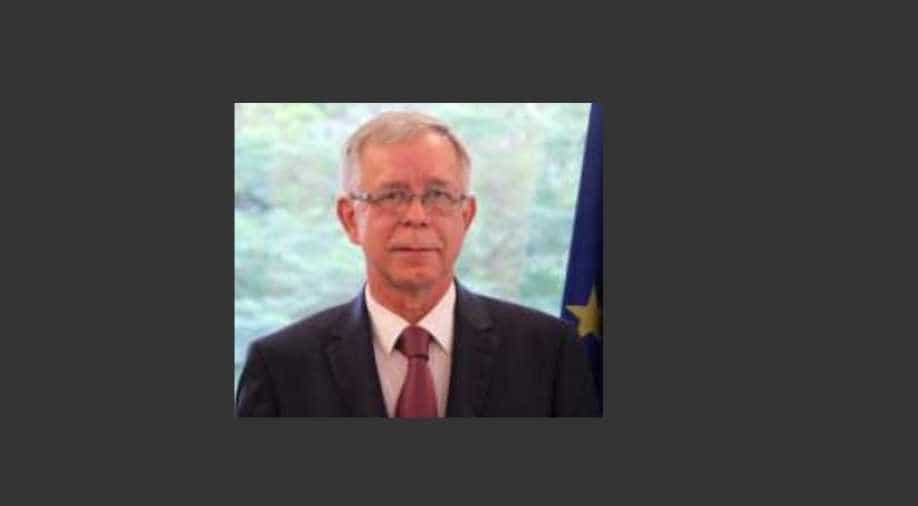 In an exclusive interview with WION, EU's ambassador to India said India's data localisation plans may be a burden for the free flow of business data.

In an exclusive conversation with WION's principal diplomatic correspondent Sidhant Sibal, European Union's ambassador to India Tomasz Kozlowski welcomed New Delhi's role in global governance and said it is in favour of India's efforts to develop Chabahar port to connect with Afghanistan. But on India's data localisation plans, the ambassador said it may be a burden for the free flow of business data. Here is the full interview.

WION: How do you characterize New Delhi-Brussel ties and why is India an important ally for Brussels?

Kozlowski: The European union perceives India as an extremely important partner for the European Union. First of all, India enjoys very high economic growth, India is growing, it has a huge economic potential for bilateral, mutually beneficial cooperation for the future, that is why we have a well-established cooperation partnership.

The second rationale is India is an important international partner -- very much respected and very influential. We are looking for partners all around the world with whom we share the same approach on global governance. India and EU are promoting rules based on the international order to multilateral approach. That is why we think we can make an impact on shaping or reshaping global political and economic governance.

WION: How do you see the current economic environment in India, especially the ease of doing business?

Kozlowski: According to the European economic community in India, and we have 6,000 EU companies, EU is the largest trading partner. Europe is one of the largest foreign investors in India and provider of technology.

WION: The India-EU Free trade agreement has been stuck for 10 years with no progress, any comments?

Kozlowski: Concerning EU India trade ties, EU is the largest trading partner for India. we have here the presence of European companies. EU is fully committed to having a comprehensive, economically meaningful, mutually beneficial agreement and we are in the process of discussing, very actively, the way forward for a possible FTA.

WION: Connectivity is the new geopolitical currency. Your reaction to India connecting EU through Chabahar?

Kozlowski:  EU is in favour and support of all connectivity initiatives between India and EU. A few months ago, EU approved its own strategy on connectivity. We are in favour of India's efforts to rebuild or develop Chabahar port as an entry point to Afghanistan, further to central Asia and even to Europe. We are very much in favour.

WION: Your take on the privacy debate in India and EU? Any comments on India's data localisation plans?

Kozlowski: Privacy is an important right for the citizens of India and for the European Union. EU approved its own regulations which are known as GDPR. As I understand, India is working on its own privacy law.

With respect to data location, we don't share India's sentiment to such a solution. We think such steps may be a burden for the free flow of business data between India and its partners.

WION: Your reaction to the Brexit development that is taking place and Brexit's impact on India-EU ties?

Kozlowski: Brexit is a very unfortunate development but we respect the decision taken by the British people which are now followed by the British government.

From the point of view of EU, we are prepared for signing an agreement with the UK in coming days on the Brexit and it will not impact EU-India relations. We are committed to honouring all our agreement in developing cooperation.