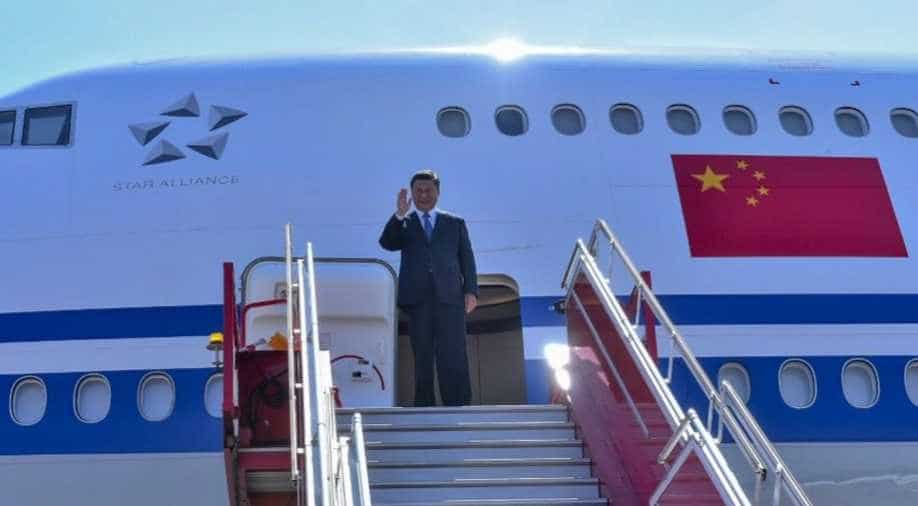 This was their second informal meeting- the first being in China's Wuhan in April last year.

Wrapping up a two-day visit to India for an informal summit with Prime Minister Narendra Modi, Chinese President Xi Jinping left for Nepal on Saturday from Chennai International Airport.

Xi arrived in Chennai on Friday and held "heart-to-heart" and "candid discussions like friends" with Prime Minister Modi.

This was their second informal meeting- the first being in China's Wuhan in April last year.

The Chinese President had landed in Chennai on Friday and held a one-on-one discussion with Modi on various issues in the coastal historic city of Mamallapuram.

They also discussed matters related to trade and the economy.

Xi during the delegation-level talks said that he and Prime Minister Narendra Modi had "heart-to-heart" and "candid discussions like friends" on bilateral ties during the second informal summit here.

They concluded the summit with delegation-level talks between India and China.

Upon his arrival, President Xi was accorded a grand welcome by people who lined the streets along with traditional drum players, creating a warm environment which personified the Indian belief of 'Atithi Devo Bhava'.

Xi said, "We are really overwhelmed by your hospitality. My colleagues and I have felt that very strongly. This will be a memorable experience for me and for us."

Prime Minister Modi took the visiting Chinese dignitary to three iconic monuments - Arjuna's Penance, Krishna's Butter Ball and the Shore Temple in Mamallapuram- before settling down for a colourful performance.

Modi also gave a guided tour of the monuments to Xi.

The two leaders enjoyed a thrilling cultural performance at Shore Temple's complex in the evening.

The programme showcased the Indian classical dance forms of Kathakali and Bharatnatyam to fast-paced Carnatic music, highlighting the region's magnificent roots.Xi will head to Nepal from Chennai.

As per the schedule, he will be landing in capital Kathmandu at around 4:30 PM.

Xi is set to hold meetings with Nepal President Bidhya Devi Bhandari at Sheetal Niwas on Saturday evening followed by a dinner hosted by her.

Chinese President Xi will be meeting Pushpa Kamal Dahal "Prachanda" on Sunday morning which will be followed by the signing of agreements.