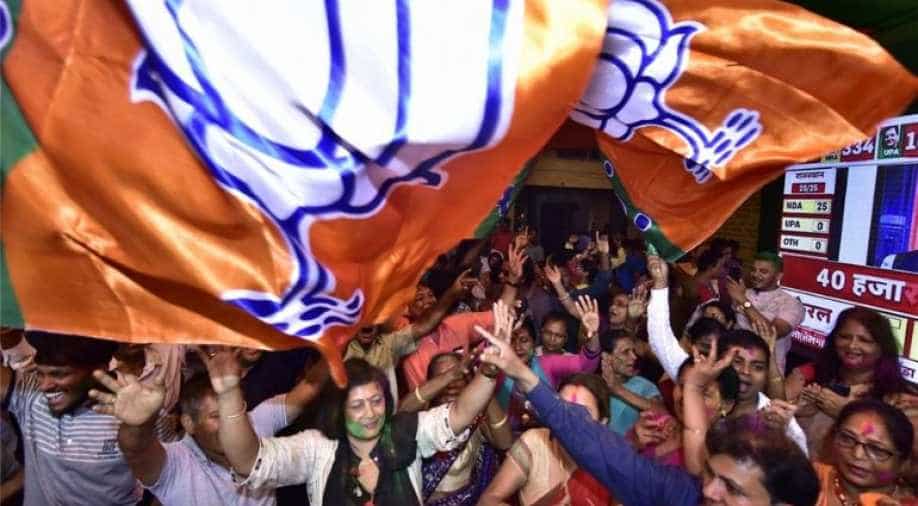 The BJP on Saturday took a swipe at Congress for sticking to Nehru Gandhi's family by appointing UPA Chairperson Sonia Gandhi as the party`s interim president.

The BJP on Saturday took a swipe at Congress for sticking to Nehru Gandhi's family by appointing UPA Chairperson Sonia Gandhi as the party's interim president.

Soon after the Congress announced Sonia Gandhi as its President after a marathon meeting of the Congress Working Committee, BJP leader Amit Malviya put out a video message that described the Congress as 'slave' of the family.

Malviya, who is in-charge of BJP's national information and technology department tweeted a seven-second video with the message "To Congress with love..."

The jibe comes in the wake of Rahul Gandhi's insistence on not continuing as the party President and advocating that the new chief must be chosen outside the family.

Rahul resigned from the top party post after the humiliating defeat in general elections.

The Congress won just 52 seats against the 303 of the BJP.

This was the second successive Lok Sabha polls when the party got less than the seats required to get the position of Leader of Opposition.

Besides, Rahul also lost his own seat in the family bastion of Amethi in Uttar Pradesh.

He, however, is still an MP because this time he contested from a second seat  Wayanad in Kerala, which he won.