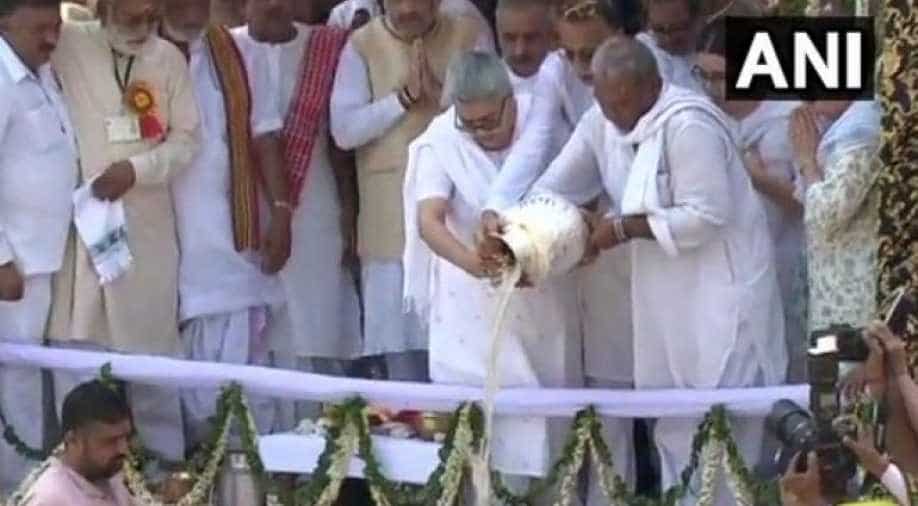 The ashes were taken by road to Prem Ashram in Haridwar before it arrived in Har-ki-Pauri and were immersed.

Vajpayee's ashes will also be immersed in Ganga, Yamuna and Tapti rivers in Uttar Pradesh. The Central government called it a gesture to pay homage to the magnanimous Bharat Ratna, Vajpayee.

Former PM Vajpayee's daughter Namita Bhattacharya and granddaughter Niharika had earlier collected three urns of the ashes from Smriti Sthal in New Delhi after his cremation on Friday.

Former Prime Minister Atal Bihari Vajpayee breathed his last on Thursday at Delhi's All India Institute Of Medical Science. He was 93.

According to the official statement released by AIIMS, Vajpayee passed away at 5.05pm on Thursday.