Asaram found guilty of rape: All you need to know 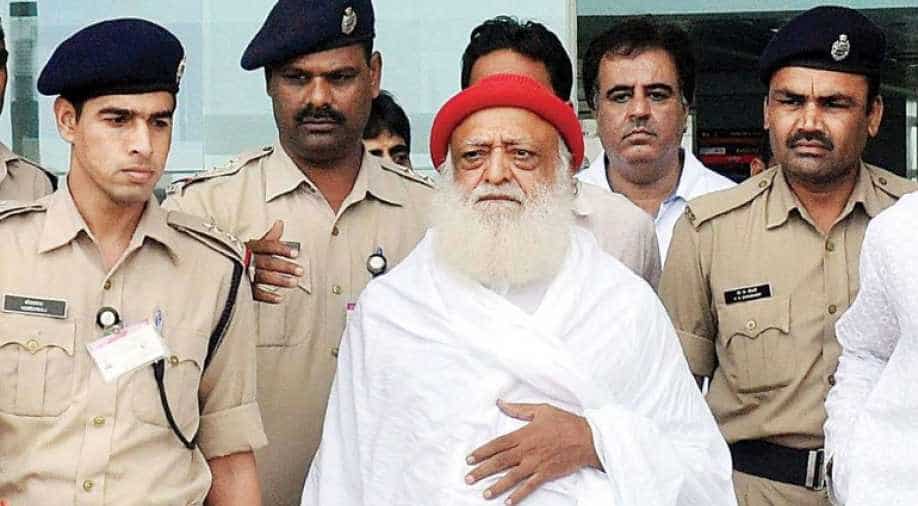 Asaram's involvement was probed in two separate cases - one from Rajasthan and the other from Gujarat.

In the case registered in Rajasthan, a teenage girl from Shahajahanpur of Uttar Pradesh had accused Asaram of raping her at his ashram in Manai village near Jodhpur on the night of August 15, 2013, while in Gujarat, two Surat-based sisters lodged separate complaints against the self-styled godman and his son Narayan Sai, accusing them of rape.

However, ahead of the pronouncement of the verdict in the above cases, here are the developments that have taken place so far:

-Asaram was taken into police custody in August 2013, following which he was taken to Jodhpur Central jail. A month later, a potency test was conducted on him and was produced before a Jodhpur court. While the self-styled godman has filed a number of bail petitions, a total of 12 applications were rejected by the trial court, the Rajasthan High Court, and the Supreme Court.

-In November the same year, the charge sheet filed against Asaram and four others had indicated blackmail in exchange of sexual favours, after which the former was booked under Sections 342, 376, 506 and 509 of the Indian Penal Code, and Section 8 of the Protection of Children from Sexual Offences Act (POCSO).

-Ahead of the pronouncement of the verdict, security has been beefed up in three states, namely Rajasthan, Gujarat, and Haryana. Furthermore, the judgement in the case will be pronounced inside the Jodhpur Central Jail, fearing possible communal violence similar to that in Panchkula following the conviction of controversial godman Gurmeet Ram Rahim Singh in a rape case.

-The Jodhpur Court also dismissed a petition seeking entry of media persons in Central Jail of Jodhpur for the coverage of the judgement.

-Furthermore, Section 144 of the Code of Criminal Procedure (CrPC) will be imposed in Jodhpur till April 30.