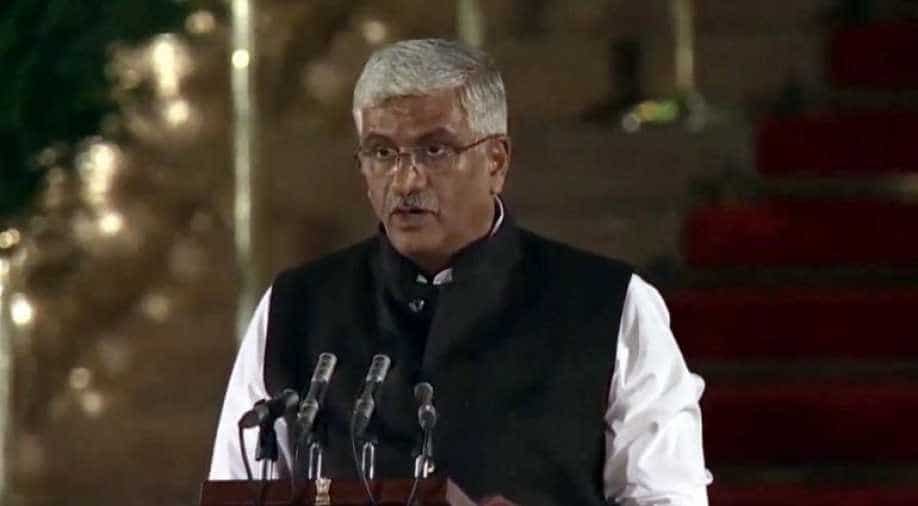 In the portfolio allocation, which was announced on Friday, a new ministry, Jal Shakti, has been introduced, in line with Prime Minister Narendra Modi`s poll promise of providing safe drinking water to people.

Member of Parliament from Jodhpur, Gajendra Singh Shekhawat, who defeated the son of Rajasthan chief minister Ashok Gehlot, will head the Jal Shakti Ministry. It has been created by reorganising the earlier Ministry of Water Resources, River Development and Ganga Rejuvenation, which was held by Nitin Gadkari in the previous government.

Ministry of Drinking Water and Sanitation has also been added to it. During an election rally in Tamil Nadu, Modi last month had assured that if voted back to power, his government would ensure the establishment of a separate Jal Shakti Ministry.

"After May 23, when the Modi Government will once again assume office, there will be a separate Ministry for Jal Shakti. This Ministry will cater to many aspects relating to water," Prime Minister Modi had said.

"The NDA govt had devoted a lot of attention to Water resources. There will be a separate ministry for Jal Shakti to ensure clean water and top class irrigation water facilities for the farmers," he added.BJP's manifesto had also promised to set up a unified Ministry of Water to end the water woes in the country.

From April to July every year, the water situation in at least eight states in the country is grim. The Centre recently issued a drought advisory to Maharashtra, Gujarat, Karnataka, Andhra Pradesh, Telangana, and Tamil Nadu, asking them to use water judiciously in the coming weeks as water storage in dams dropped to a critical level.

With almost all of rural India depending on monsoon rain for agriculture and domestic purpose, there is a desperate need for water management on a war footing.