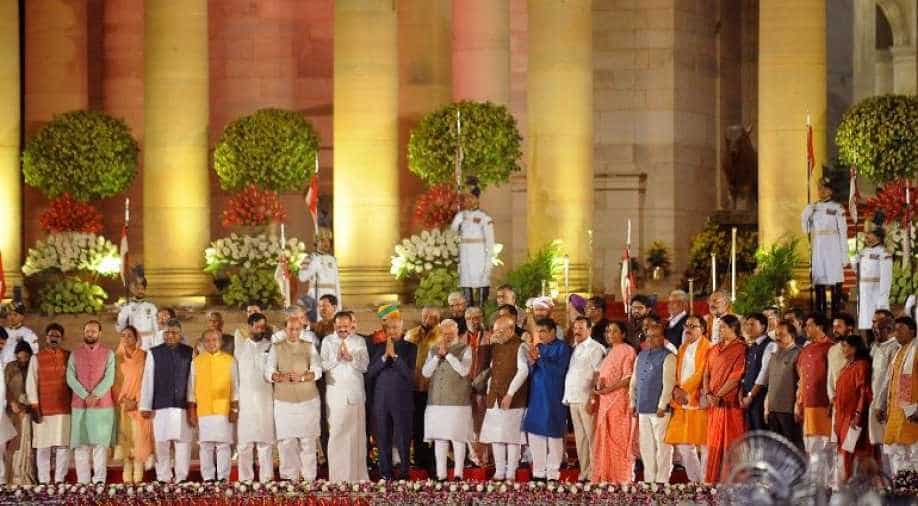 Subrahmanyam Jaishankar, surprise pick in the new Narendra Modi government, will take over as the foreign minister of the country.

BJP president Amit Shah has been appointed as Home Minister while former Home Minister Rajnath Singh has been given Defence in the portfolios announced today in the BJP's Cabinet as Modi begins his second innings as Prime Minister after the landslide victory in the Lok Sabha elections.

Subrahmanyam Jaishankar, surprise pick in the new Narendra Modi government, will take over as the foreign minister of the country.

The high-profile foreign affairs portfolio was handled by Sushma Swaraj who refused to be part of the new dispensation due to health issues.

Former Defence Minister Nirmala Sitharaman will take charge as Minister of Finance and Corporate Affairs while Ravi Shankar Prasad retained his earlier portfolio of Minister of Law and Justice.

Ramvilas Paswan is Minister of Consumer Affairs while Narendra Singh Tomar has been appointed as Minister of Agriculture and Farmers Welfare.

In pics: Prominent faces of the 58-member ministerial team

DV Sadananda Gowda has been appointed as Minister of Chemicals and Fertilizers while Piyush Goyal and Dharmendra Pradhan and have retained their respective portfolios of Railways and Petroleum. Goyal has also been given Commerce and Industry, a portfolio held by Suresh Prabhu during Modi's first term.

Smriti Irani, who defeated Congress president Rahul Gandhi from Amethi, has been given Women and Child Development.

Pralhad Joshi has been given Ministry of Parliamentary Affairs while Giriraj Singh is Minister of Animal Husbandry, Dairying and Fisheries.

Harsh Vardhan has been appointed Ministry of Health and Family Welfare while Prakash Javadekar is Minister of Environment, Forest and Climate Change.

Prime Minister Narendra Modi will retain the Department of Personnel and Training, Atomic Energy and Space as well as all important policy issues and portfolios not allocated. 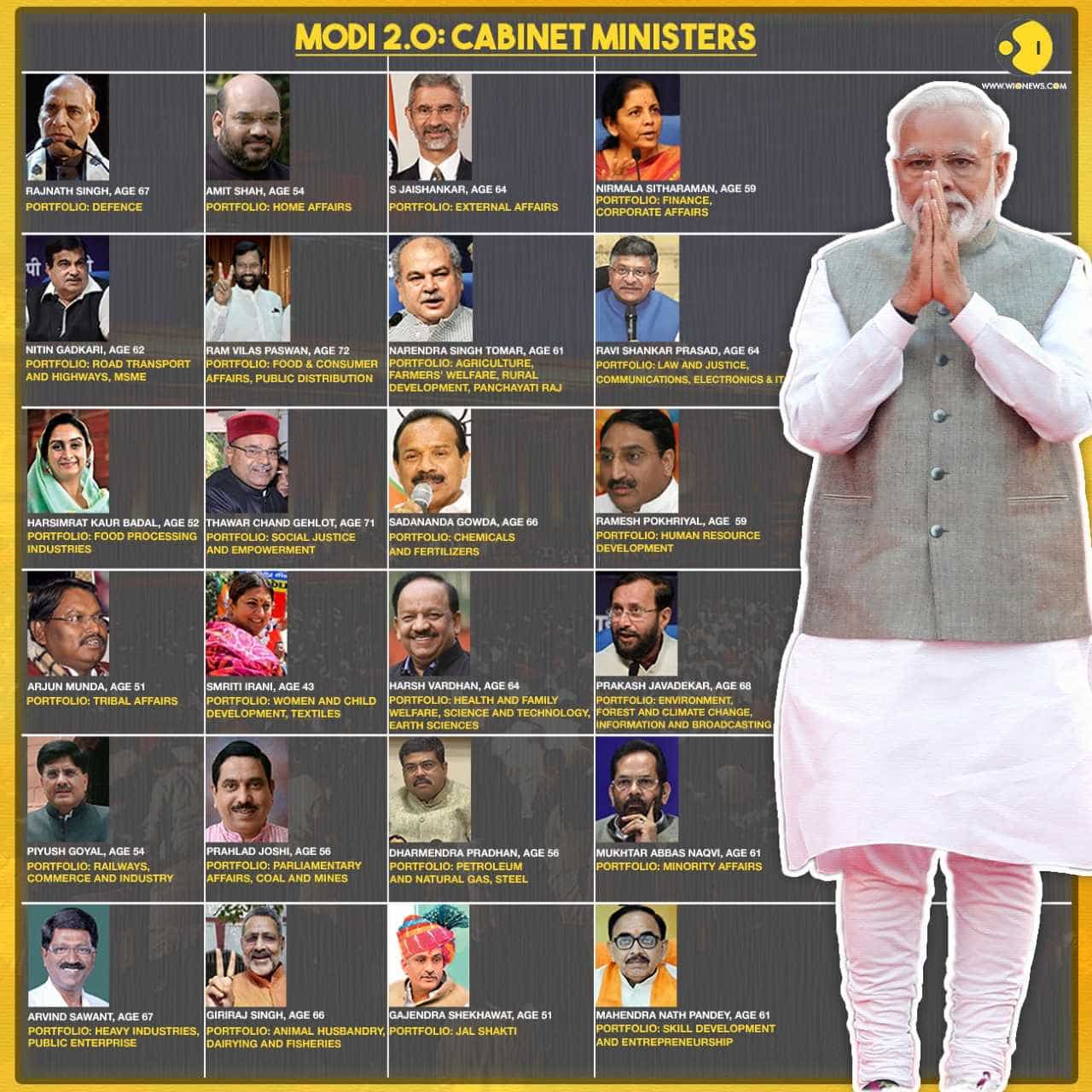 Nitin Gadkari considered one of the best performers during the first term of Modi government for his expeditious project implementation, will continue to be the minister for Road Transport and Highways and has also been given charge of the Ministry of Micro, Small and Medium Enterprises.

Piyush Goyal, who has presented the interim budget earlier this year and was expected to take over from Jaitley, has been given the Commerce and Industry ministry in addition to his old charge of Railways. However, the Coal ministry has been taken away from him and given to Pralhad Joshi, a new entrant in Modi Government.

Joshi will also be the minister of Parliamentary Affairs and Mines.

A new Ministry of Jal Shakti has been created and Gajendra Singh Shekhawat will be its minister.

Ujjwala-man Dharmendra Pradhan retains his Petroleum portfolio and has also been given charge of the Steel ministry.

Akali Dal leader Harsimrat Kaur Badal continues to be the minister of Food Processing Industries, Thawar Chand Gehlot will be the new minister of Social Justice and Empowerment.

Former diplomat Hardeep Puri will be the new minister of state with Independent charge of Civil Aviation while former IAS bureaucrat R K Singh will retain the ministries of Power and Renewable Energy in the same capacity.

Eight-term BJP MP from Uttar Pradesh Santosh Kumar Gangwar will be MoS with Independent charge for Labour and Employment.

The BJP capped a massive mandate by winning a total of 303 seats while the NDA has 353 MPs in the recently elected 17th Lok Sabha.