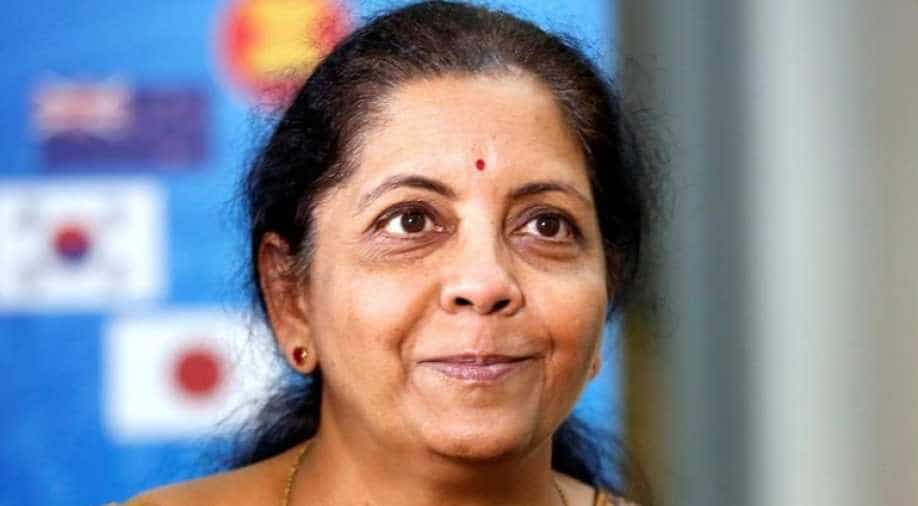 59-year-old Sitharaman, a Rajya Sabha member, is the second woman to take charge of the crucial ministry after Indira Gandhi who as the Prime Minister also held the portfolio in the seventies.

Nirmala Sitharaman was the first woman to be appointed full-time Defence Minister of India in September 2017 -- and since then she has been assiduously trying to adopt a holistic approach in addressing the country's security challenges.

59-year-old Sitharaman, a Rajya Sabha member, is the second woman to take charge of the crucial ministry after Indira Gandhi who as the Prime Minister also held the portfolio in the seventies.

One of BJP's chief spokespersons before its ascent to power, Sitharaman is an alumnus of Jawaharlal Nehru University and London School of Economics.

As the Defence Minister, Sitharaman attempted to strengthen the Army, Navy and the Air Force and was credited for expediting the decision making process relating to defence procurement. She constituted a Defence Planning Committee to formulate an "action plan" to effectively deal with various security challenges facing the nation.

However, her biggest moment came when India carried out air strikes on a terrorist training camp in Pakistan's Balakot, seen as major policy shift in the country's efforts to deal with cross border terrorism.

She took on the opposition head on with her fiery defence of the Rafale fighter jet deal in Parliament.

She has also focused on boosting domestic defence production besides taking steps to implement the ambitious "strategic partnership" model with several countries like the United States and Russia.

Sitharaman was born on August 18, 1959 in the temple town of Madurai, Tamil Nadu. She did her schooling and her graduation in Economics, from Seethalakshmi Ramaswamy College in Tiruchirapalli.

She went on to do her Masters in Economics from Jawaharlal Nehru University, New Delhi.

Sitharaman served as an assistant to Economist in the Agricultural Engineers Association, UK in London. She subsequently worked as Senior Manager (Research and Analysis) with Price Waterhouse, London. During this time she also briefly worked with BBC World Service.

On her return to India, she served as Deputy Director of the Centre for Public Policy Studies at Hyderabad.

Sitharaman joined the Bharatiya Janata Party in 2008, and was made a member of the National Executive. She was nominated as party spokesperson in March 2010 and has been a full time party worker since then.

She was inducted in the Union Cabinet on May 26, 2014 as the Minister of State (Independent Charge) for Commerce and Industry.