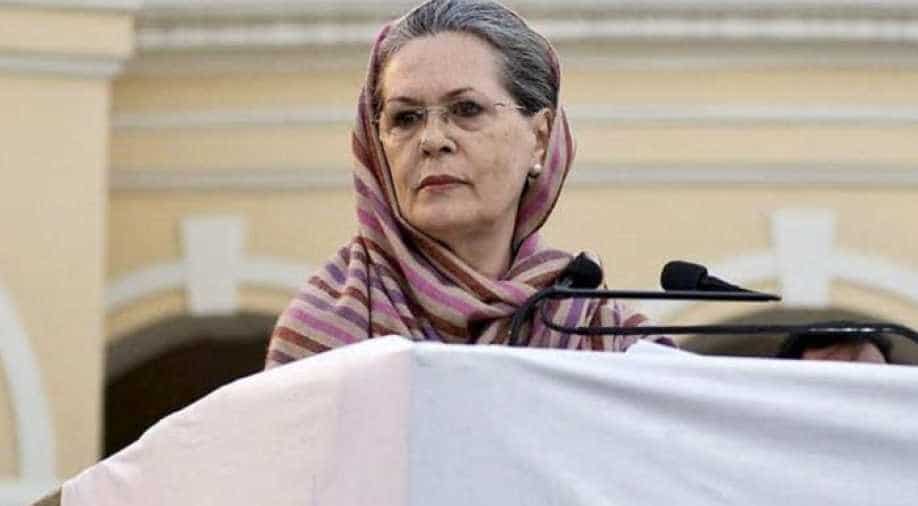 The big churn has begun. After the Karnataka verdict, a message seems to have gone down loud and clear in the Congress that barring few states where they are directly pitched against BJP, Congress will have to ally with regional parties.

Sources in the Congress say that UPA chairperson Sonia Gandhi is working on a 'one constituency one candidate' plan. The idea is to have a single candidate from the opposition against BJP. The urgency stems from the fact that Congress feels that if BJP is not stopped in 2019, it may not find itself in a fighting position later.

However, many regional parties want Congress to play a subservient role. So, implementing this plan will be tough for the Rahul Gandhi-led party in many states like Uttar Pradesh where it is not a player or is in a weak position. Nonetheless, Congress will cooperate with regional partners and ensure that there is a united front. But the idea has Sonia Gandhi convinced and she has taken charge of this inter-party initiative. It, however, will also mean that Congress will have to deal with Mayawati who tied up with Janata Dal (Secular) or JD(S) in Karnataka and has declared support for Chautalas for Haryana assembly elections.

The challenge for the Congress would be to retain primal position within the opposition which is being challenged by the Trinamool Congress. Sources in Congress said that it seems that regional parties like KCR-led Telangana Rashtra Samithi (TRS) are playing the role of B-team of BJP but Congress has decided not to publicly trade so not to affect opposition unity.

Many senior leaders have also suggested drastic changes in the model of the Congress party. Sources said that many of them have said that Congress will have to turn into a cadre-based party tuned towards booth management where it can convert votes into seats. Many understand that the earlier tradition of parceling out of the party to individual leaders cannot function against Modi-Shah combine. It has been seen that when the leaders defect, they take the workers along leaving the party in a lurch. A senior source said that party has an ideology but it needs to transform itself at the booth level. This idea comes in the wake of phenomenal success of panna pramukh scheme of BJP with ensures that all committed voters of the party come out to vote.

Many insiders feel that in modern era there cannot be any sense of entitlement and many things need to be changed. Sources said that party needs to take decision faster and to be extremely aggressive about countering the BJP. The lack of quick decision-making undid Goa and Manipur mandate for the Congress. As of now Congress is giving charge to younger leadership in the state and ensuring that a state incharge should only focus on one state rather than two or three which was the case in the past.

Despite being in strong position in Rajasthan and Madhya Pradesh, the Congress cannot discount the might of Modi and Shah combine which have firmly positioned the guns on Gandhis.

Pakistan's IT is international terrorism, but India's IT is infotech, says S. Jaishankar