Aarushi murder: After acquittal, parents likely to walk out of jail today evening 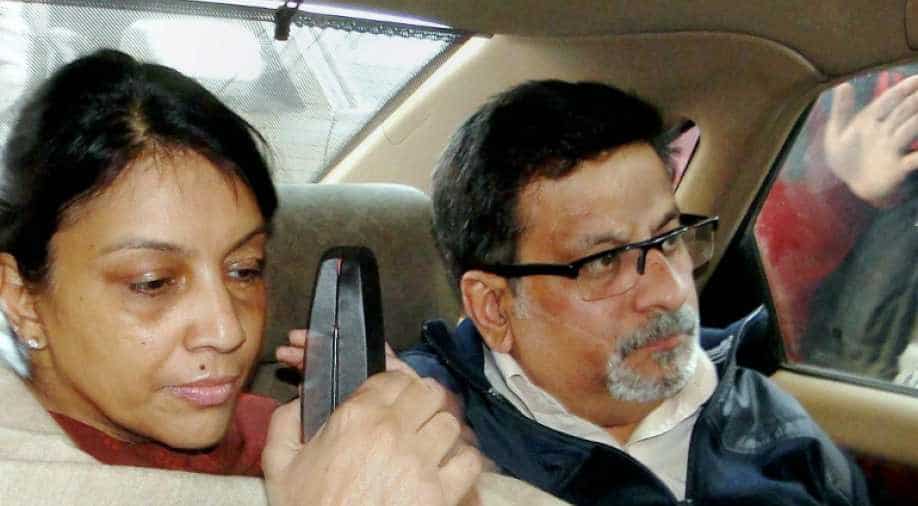 The verdict ends, at least for now, the nine-year ordeal of the Noida couple who were sentenced to life by a Ghaziabad CBI court in 2013. Photograph:( PTI )

Rajesh and Nupur Talwar, who have been acquitted by the Allahabad High Court of murdering their daughter and domestic help Hemraj are likely to walk free from a prison in Ghaziabad at 4 pm today

Dentist couple Rajesh and Nupur Talwar, who were yesterday acquitted by the Allahabad High Court of the charge of murdering their daughter and domestic help Hemraj are likely to be released from a prison in Ghaziabad at 4 pm today, their lawyer said.

The couple will be released once the prison authorities receive the court order, the jailer confirmed.

"We have not received the court order as yet. We will release them once we get it," Dasna Jail Superintendent Dadhiram Maurya told reporters here.

"I think release orders will be received by jail superintendent by afternoon and the Talwars will be released by 4 pm," the Talwars' lawyer, Tanveer A Mir told ANI.

The couple have been serving life imprisonment in Dasna jail since 2013, after they were held guilty of murdering their daughter by a CBI court.

The jailer told PTI there were two methods to complete the process of releasing a prisoner from jail.

"Either the Allahabad High Court sends its order copy directly to jail authorities or it is sent through the CBI court concerned which awarded them life sentence," he said.

The Allahabad High Court had yesterday acquitted the Talwars of the 2008 sensational murder on the grounds that neither the circumstances nor the evidence was enough to hold them guilty.

The verdict ends, at least for now, the nine-year ordeal of the Noida couple who were sentenced to life by a Ghaziabad CBI court on November 28, 2013.

With the acquittal, the central question in the bizarre mystery resurfaces - who killed the 14-year-old teenager and the 45-year-old domestic help.

"There is a strong possibility that (the) incident was caused by some outsider," a bench comprising justices B K Narayana and A K Mishra had said, upholding the Talwars' appeal against the CBI court verdict.