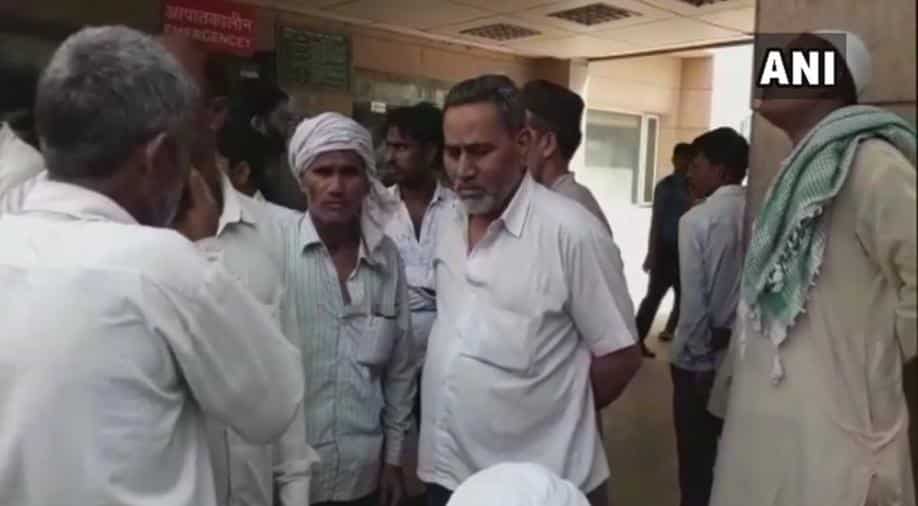 Soon after receiving the information about the incident, police force and rescue teams were rushed to the spot.

One laborer was killed and several were injured when an under-construction building collapsed in Noida's sector 39 on Sunday.

The incident occurred at the BPTP 'Capital City' in the morning when a tractor-trolley carrying sand reportedly hit the shuttering (temporary fixtures) bringing down six laborers who were working a few floors above the ground, they said.

1 labourer dead, 5 injured after an accident at an under construction site in Noida's Sector 39 pic.twitter.com/GFv0yfxclq

Soon after receiving the information about the incident, police force and rescue teams were rushed to the spot.

Those injured have been admitted to a nearby hospital.

"One man, who was driving the tractor, died after the fixtures came crashing down on him, while six others suffered injuries and are hospitalised," PTI quoted Amit Kumar Singh, SHO of the Sector 39 police station as saying.

"The labourers were wearing the helmets but were working without a safety harness," the SHO said, adding that no formal complaint was lodged with the police till the afternoon.

Meanwhile, the Greater Noida authority last month began cracking down against the unauthorised structures in Shahberi where a twin building collapse in July had killed nine people.

The Greater Noida authority, in July, had sealed around 30 buildings, which were illegal and unsafe as the building owners flouted building by-laws while constructing them.