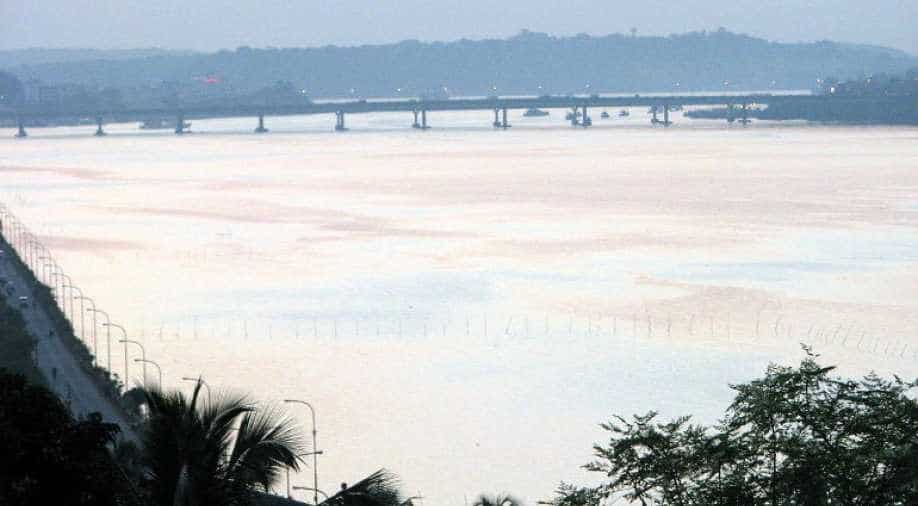 Vijai Sardesai of the Goa Forward Party, a constituent of the BJP-led Goa government, today hit out at the Congress stating that the principal opposition party was not willing to clear its stand on the Mahadayi water dispute due to the upcoming Karnataka Assembly polls.

He added that the state government was committed to protecting the interest of Goa in the dispute.

Karnataka and Goa, the riparian states of the Mahadayi river (known as Mandovi in Goa), have been locked in a bitter battle on sharing the river's water.

The river originates in Belagavi in Karnataka.

Speaking to reporters, Sardesai said, "The principal opposition party (Congress) is not willing to put out its stand (on the Mahadayi river water dispute) because it (Congress) is going to be affected in Karnataka."

The GFP leader was reacting to statements made on the contentious river issue by Prime Minister Narendra Modi and the Goa Congress chief Girish Chodankar.

During a poll rally in Karnataka last week, Modi had claimed that the then Congress president, Sonia Gandhi, had said, during Goa Assembly polls in 2007, that her party was "committed" to not allowing the southern state its share of water.

Reacting to it, Goa Pradesh Congress Committee president Girish Chodankar&nbspsaid on Sunday such statements were being made just before the Karnataka polls to "confuse the voters".

"I urge them (BJP leaders) to make a categorical statement within 72 hours, and not to wait till the Karnataka elections are over, if they are serious about this issue," Chodankar had told reporters here last night.