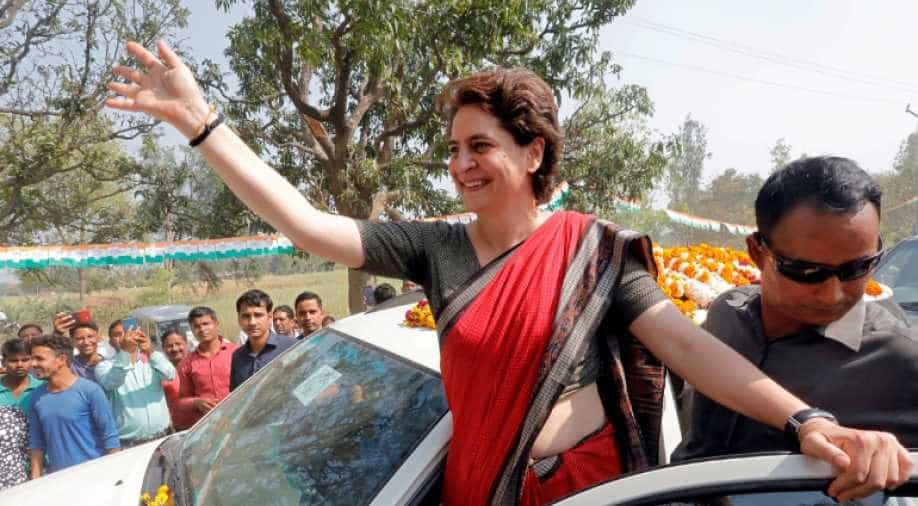 Earlier today, Priyanka also held a roadshow in Mirzapur while campaigning for Congress leader from the constituency, Lalitesh Pati Tripathi.

Priyanka, sitting atop a black car along with Congress candidate from Kushinagar seat, RPN Singh, waved to the crowd and shook hands while urging people to vote on May 19.

Singh is contesting against BJP's Vijay Kumar Dubey from Kushinagar seat, where polling will be held in the seventh and the final phase of the Lok Sabha election on Sunday.

Earlier today, Priyanka also held a roadshow in Mirzapur while campaigning for Congress leader from the constituency, Lalitesh Pati Tripathi.

While addressing the crowd, Priyanka said that it would have been great if they had chosen legendary actor Amitabh Bachchan as the Prime Minister.

"You have chosen the greatest actor as Prime Minister. It would have been better if you had made Amitabh Bachchan as Prime Minister, anyhow they did not do anything for you," she said candidly.

The election campaigning will end at 5:00 pm today.

The result will be announced on May 23.