2019 results will be better than 2014: Union Minister Harsh Vardhan 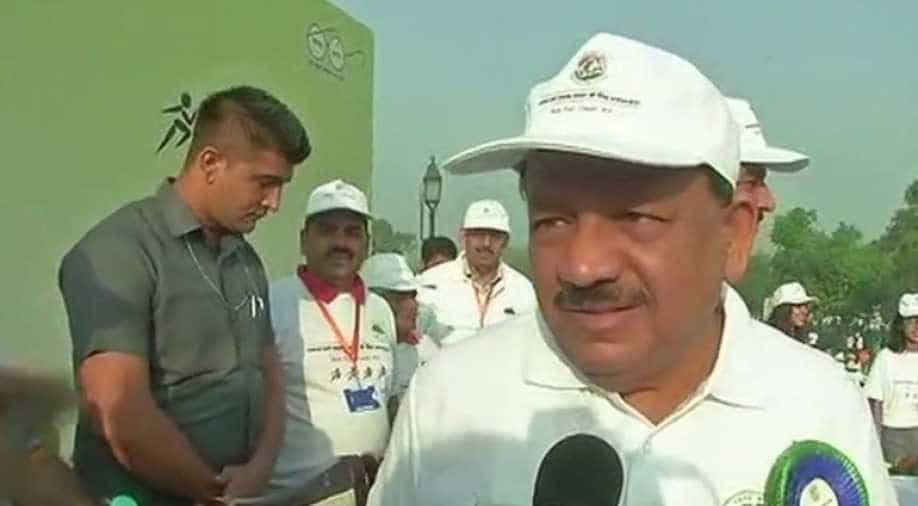 'We have told our scientists to work on zero-pollution crackers. So we can find solution and everyone is happy,' Dr Harsh Vardhan said.? Photograph:( ANI )

'I have repeatedly said that 2019 results will be better than 2014. Now as you are seeing trends, I am leading.' Harshvardhan said.

Union Minister Harsh Vardhan on Thursday said that BJP will perform better in 2019 Lok Sabha elections in comparison to 2014 polls.

"I have repeatedly said that 2019 results will be better than 2014. Now as you are seeing trends, I am leading. You have also seen exit polls. People are appreciating that Narendra Modi-government served people honestly," Harsh Vardhan told ANI.

The Union Minister is seeking re-election from Chandni Chowk parliamentary constituency in Delhi where he is leading by a margin of over 14,000 votes.

He is pitted against Congress heavyweight and former union minister Jai Prakash Agarwal from Chandhi Chowk.

The Union Minister said that Congress' negative politics would lead to their defeat in the ongoing elections.

"Congress who worked for independence is now indulged in negative politics. They do not have any program. Congress is a synonym of corruption. Ten years of UPA rule was famous for scams," he said.