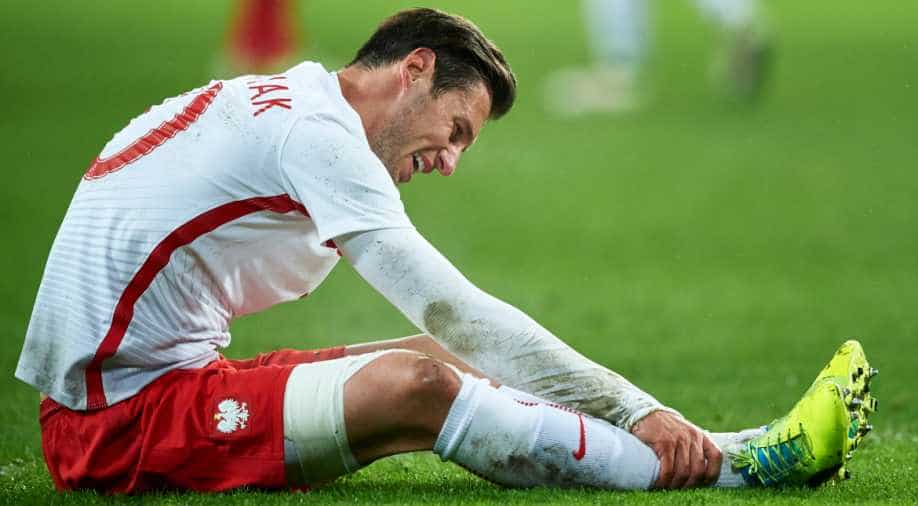 Follow Us
Poland international midfielder Grzegorz Krychowiak has signed for French champions Paris Saint-Germain (PSG) from Sevilla on a five-year deal, both clubs confirmed on Sunday.

The 26-year-old, who started his career at Ligue 1 side Bordeaux, links up again with former Sevilla coach Unai Emery, now at the helm of PSG.

Emery's focus in Paris is to win the Champions League and Krychowiak, who has spent the past two years in Spain, was a key part of Sevilla winning a third consecutive Europa League title, beating Liverpool in the final in May.

The Spanish press have reported the deal for Krychowiak -- part of Poland's Euro 2016 squad eliminated in the quarter-finals by Portugal -- to be worth around 26 million Euro ($28.9m).

"It's a feeling of great pride that drives me to return to France to wear the jersey of a club as ambitious as Paris SG," said Krychowiak in comments reported by his new club.

"To continue working with Unai Emery obviously played a part in my choice. I'm coming to Paris to experience strong emotions and to win as many trophies as possible."

PSG president Nasser Al-Khela?fi said he was "very satisfied" with the signing.

"These past two seasons, he was very efficient with Sevilla, in particular on the European scene, and he was one of the most prominent players in the Euro (2016)."

"Grzegorz embodies the values of discipline and combativeness that are dear to our club, our fans and our new coach with whom he wanted to continue working," the Qatari added.

Emery took over last month from Laurent Blanc who won the domestic treble in each of his last two seasons with the club but it was his failure to make substantial progress in the Champions League that proved his undoing.