When will Priyanka Chopra have a baby? Here's what she has to say 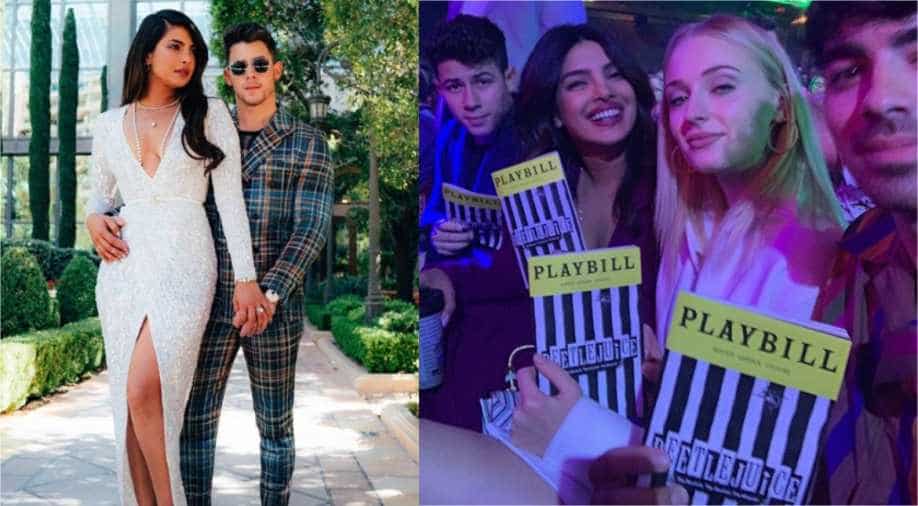 Priyanka Chopra revealed she and Nick Jonas consult each other on their outfits in general.

After making a striking appearance at the Met Gala 2019 in New York, Priyanka Chopra Jonas opened up about starting a family with her husband and singer Nick Jonas.

In an interview with E-News, the 36-year-old talks about her future plans of entering into motherhood and the equation the couple shares.

When asked if she herself was looking forward to becoming a mom someday, the actor said, "Yeah. Always. I`ve always wanted to," she said. "I think, you know, whenever God wants it to happen."

In October, two months before her wedding, Priyanka told E-News, "I just have a few of my friends who are having babies right now and I`m like, `God I need to catch up!`"

In an interview to Spotify`s The Rewind with Guy Raz and as cited by E-News, Nick also opened up about his willingness to become a father someday.

"I definitely want to be a father someday, I think that`s a real dream, and I think I have had to grow up pretty quick. With that, you could look at it two ways, you could say that was unfair, or you could say it has given me some real perspective at an early age. And I have seen a lot of life at an early age and I hope to be able to share that with a kid of my own someday."

Priyanka and the 26-year-old Nick tied the knot in India in December last year.

They had first sparked romance rumours when they posed for Ralph Lauren designs at the 2017 Met Gala.

The two appeared together at the annual star-studded fashion event this year too.
In her E-News interview on Thursday,

Priyanka revealed she and Nick consult each other on their outfits in general.

"I definitely ask his opinion. I think he`s extremely stylish and his choices of clothes are so great and I love a man

"My late father was that always well turned out, like took care of himself, and that shows that you care about your wife! It really does. Do it for your wives, guys. Take care of yourselves. I love that about Nick," she added.

"So whenever I`m stuck between a choice of two shoes or like what jewellery or how I want to style something, I always ask him," she continued. "I specifically call him; he doesn`t ask me as much. Nick buys me stuff all the time, he really does. He bought me this really cute Dior dress...it was like in my anticipation of summer. I like when he dresses me, he`s very chic," she said.

Also in attendance at the 2019 Met Gala was Nick`s brother Joe Jonas and his wife, Sophie Turner.

Joe and the Game of Thrones actor had a surprise wedding ceremony in Las Vegas.

The Jonas brothers including Nick, Joe and Kevin and their wives have spent much time together in recent months as their band prepares for a tour following their recent reunion.

The women, dubbed as J sisters, will join them.

The three have grown close over the past year.

"I don`t know what our collective talent is yet," PeeCee said. "We`re funny, we`re cute, but I dunno... we love each other so much and we get on really well, thank God. Whenever we come together, we make a night of it and that`s what really the J sisters are about to me, just like, a family that are friends."