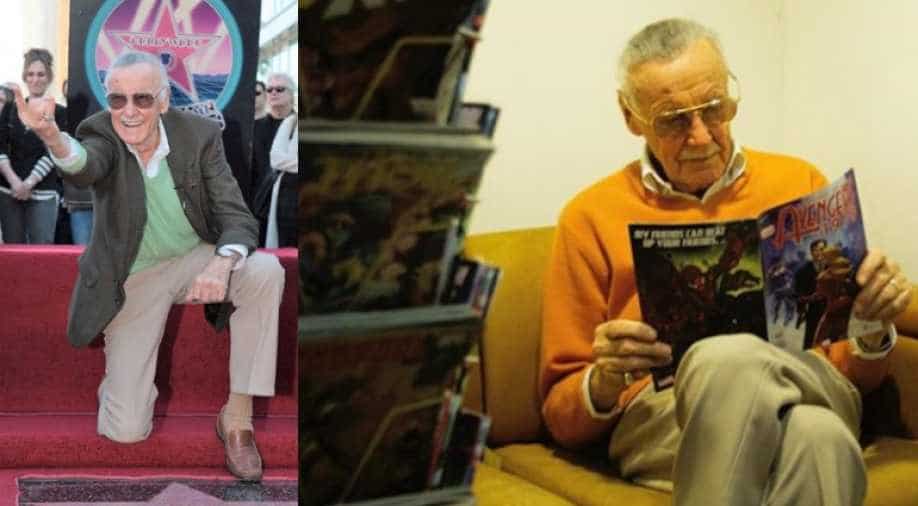 Comic book giant Stan Lee, who dreamed up such pop culture icons as Spider-Man, Iron Man, the Hulk, the Black Panther and countless others, has been honoured in Hollywood by hundreds of fans and celebrities.

He famously made cameo appearances in just about all of them.

As a writer and editor, Lee was key to the ascension of Marvel into a comic book titan in the 1960s when, in collaboration with artists such as Jack Kirby and Steve Ditko, he created superheroes who would enthral generations of young readers.

"His like is never going to pass this way ever again and I`m not just talking about the sheer professionalism of his output. Think about the entire universe of characters he created. That`s not going to be duplicated ever again," Smith told Reuters.

Actor Wesley Snipes, who played the Marvel Comics` character Blade, said: "He`s an inspiration for all of us creative artists to remind us your creativity is never wasted and sooner or later you hang in there long enough, I don`t know, a movie theatre, a hologram, AR, VR, something will come along and the whole world will see your magic."

Joe Quesada, a fellow comic book writer and the second longest-serving editor-in-chief at Marvel Comics after Lee, said: "Stan was very progressive in the 60s. He really had a sense of youth culture and where the world was going."

Taboo, from The Black Eyed Peas, who created a comic book with Lee, praised the late creator`s career.

"There`s only a couple of figures in the history of entertainment and storytelling that have been as iconic as Stan Lee - Jim Henson, Walt Disney, Stan Lee. That`s just how it was," he said.