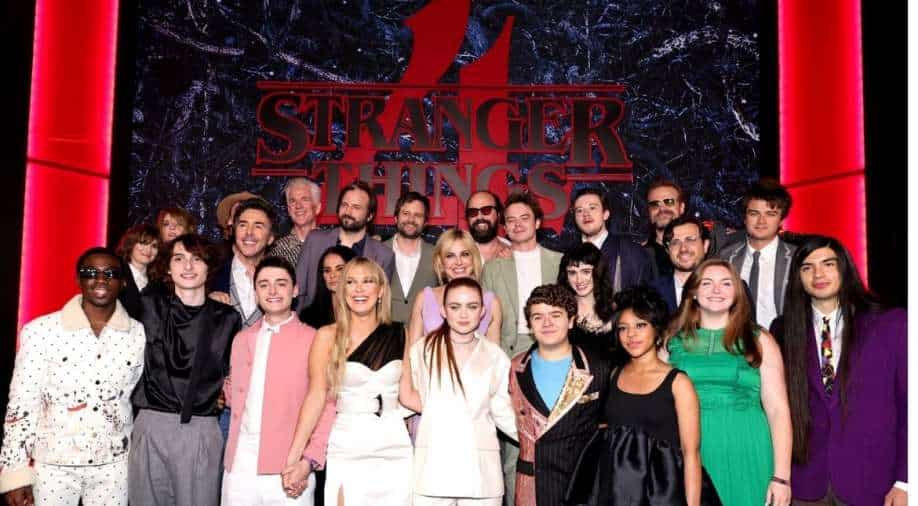 In the upcoming fourth season of `Stranger Things`, fans will meet Vecna, a spooky, powerful lich that crawls upside down and causes havoc to Hawkins.

The 'Stranger Things' cast teased Vecna, the show's newest villain, at show's season 4 premiere red carpet event on the weekend. Heroes are heroes, but everyone loves great villains. In the upcoming fourth season of `Stranger Things`, fans will meet Vecna, a spooky, powerful lich that crawls upside down and causes havoc for the Hawkins.

"Vecna is a psychological horror that I don't think we've really seen," Harbor said. "The Upside Down has been this wild west world where there are creatures running around, there`s violence, but we`ve never seen something as calculatedly psychologically evil as this."

'That`s exciting because he is a true big bad that we`ve needed in the series', Harbor added.

In the third season, released almost three years ago, it seems that Hopper was killed by sacrificing himself to close the gate upside-down. He is far from dead, however, and is being held at an icy gulag in Russia. "In a way, a piece of him does die when this happens," Harbour said.

"Hopper needed to shed these layers that had been growing on him, this kind of gunk that prevented him from being the man that could battle this evil in the Upside Down."

He added, "I don't directly deal with Vecna, my storyline`s a little different, but there's a Demogorgon in a Russian prison that I got to deal with. It's pretty terrifying. In honour of the first season of `Stranger Things` and the horror films of the 80s that influenced them, Vecna revived primarily with practical effects."

Joe Keery, who plays Steve Harrington, said he was inspired by the way how special effects were used on the set. "As a fan of practical effects and classic horror-adventure movies, it`s unparalleled," Keery said.

"There aren't other people that are doing similar things to this, so as the fan in me, I was just freaking out."

Gaten Matarazzo, who plays Dustin Henderson, made fun of Vecna for moving the series in unexpected directions. "The craziest thing is just how new and fresh the villain feels compared to what we`ve had before," Matarazzo said.

"It's something that brings a whole new vibe to how we deal with our villains in 'Stranger Things' and how we will continue to do so going forward. " Priah Ferguson, who plays the sassy Erica Sinclair, said that the "horror elements that make Vecna so terrifying go beyond the typical jumpscare cliche.

" Vecna is very scary," Ferguson said. "It`s something that messes with your mind. I think that's gonna get the audience a little bit more freaked out because that freaks me out more than jump scares." She added, "As `Stranger Things` goes on, the show always gets darker and scarier, and that`s because the audience grows."