First look photos from 'Stranger Things' season 4 is out! 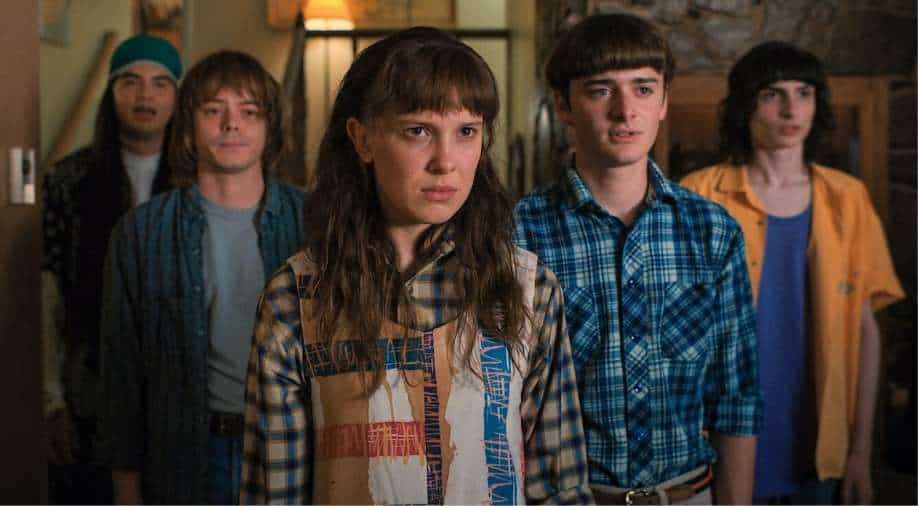 Season 4 of the hugely popular show 'Stranger Things' is all set to release. The show's first look was unveiled on Wednesday much to the delight of fans.

Season 4 of the hugely popular show 'Stranger Things' is all set to release. The show's first look was unveiled on Wednesday much to the delight of fans.

The photos though will give fans creepy vibes.

In an interview on the podcast 'Present Company With Krista Smith', the Duffer brothers told Smith that Season 4 will have a much darker, "horror movie" feel.

The selection of photos from the next instalment of 'Stranger Things', showed some familiar faces as well as a few newcomers.

The new season will find these characters scattered across the globe, from snowy Russia to sunny California and also the creepy Creel House, which serves as a backdrop for several snaps.

The news season will premiere in 2 'volumes'- with the first one coming out on May 27 and the second on July 1.
Volume 1 will pick up six months following the conclusion of Season 3, which had our heroes battling the Mind Flayer in the middle of the Starcourt Mall.

'Stranger Things' was created by The Duffer Brothers and is produced by Monkey Massacre Productions and 21 Laps Entertainment.

The Duffer Brothers serve as executive producers on the series, alongside Shawn Levy and Dan Cohen of 21 Laps Entertainment, Iain Paterson, and Curtis Gwinn.