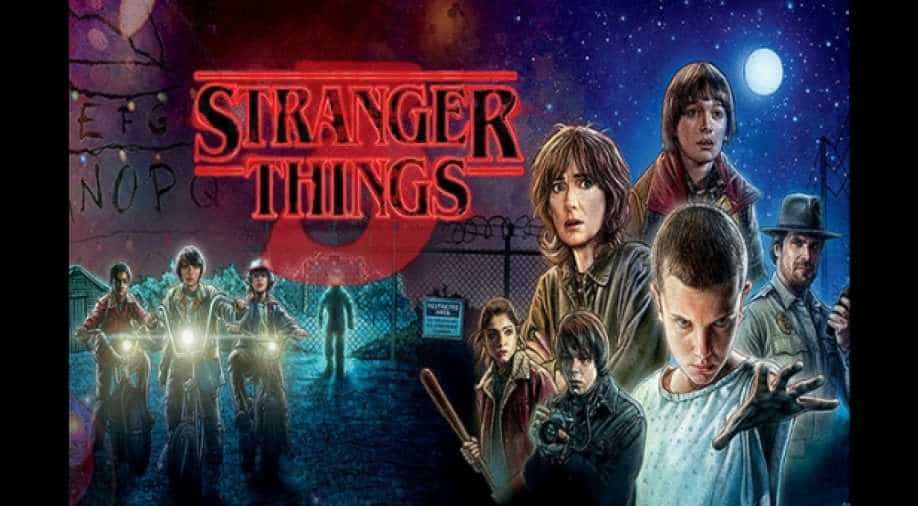 The second season of 'Stranger Things' landed on the streaming service in October 2017.

After an eerie season 2, makers of the sci-fi horror series 'Stranger Things' are coming up with a new season of the show which will air on July 4.

Netflix, India's official Instagram handle shared the news with some freakish posters of the new season.

The posters featuring the lead cast were accompanied with a caption, "Excitement level: MAX. Stranger Things 3 arrives on 4th July."

The news of the upcoming season got a thumbs up from a fan in a comment which read, " It's more like grown-ups season 3! Can`t wait!"

Ross Duffer and Matt Duffer, who are the creators of the show started working on the upcoming season, more than a year ago.

In an interview with Deadline, Duffer stated that juggling these multiple storylines will remain important in maintaining the franchise's momentum.

Duffer said, "The hardest thing with this story is that we were tracking these multiple storylines and having them sort of build about at the same pace as to crescendo at the same time. It's always the hardest part as we move into writing."

Meanwhile, his brother, Matt shared that they already had an ending on their mind and also revealed that the show was not intended to build to sustain ten seasons.

"We have an ending in mind, you know what I mean? We think we know where we want it to end basically, we're not sure how long it's going to take to get there," Matt shared during the interview.

The second season of 'Stranger Things' landed on the streaming service in October 2017, with critics calling it "bigger, weirder and better" than the season one.