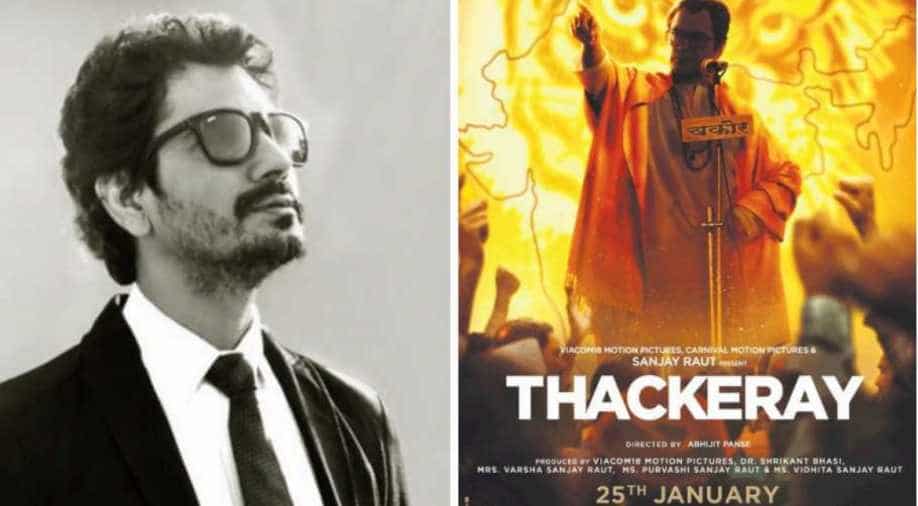 Sanjay Raut who has produced the film feels that it is the perfect way to take the life story of Shiv Sena founder to a global audience.

As ‘Thackeray’ gets ready for a countrywide release tomorrow on January 25, politician-filmmaker Sanjay Raut who has produced the film feels that it is the perfect way to take the story to a global audience.

Recalling his time under Thackeray’s wings, Raut said, “People have been asking me to write on him. Someone had personally asked Balasaheb to write his autobiography as well, but he turned it down stating that his life was an open book.” Raut wrote the story of Thackeray based on his own experiences.”

He added, “Balasaheb always fought for the rights of those wronged. His life was about mobilising, uniting and empowering the youth to stand up for themselves. I want the current generation to learn from his life. If only they look within, they will discover the dormant power that lies with them.”

This will not be the only movie made on the Shiv Sena founder as Raut said that he plans on making more on his life and said, “Balasaheb’s legacy cannot be contained in a span of two hours. Hence, before the film is out, the sequels are already in place.”

This almost makes one remember the time when Bal Thackeray was alive and had famously said, “I am a people’s person. I cannot be contained in a book. I would not like to have my biography penned’.

The film’s trailer has met with positive response, indicating that it might have a good run at the box office too.

It features Nawazuddin Siddiqui and Amrita Rao and is directed by Abhijit Panse.