Sam Rockwell, Jessica Chastain among others to present Golden Globes 2019 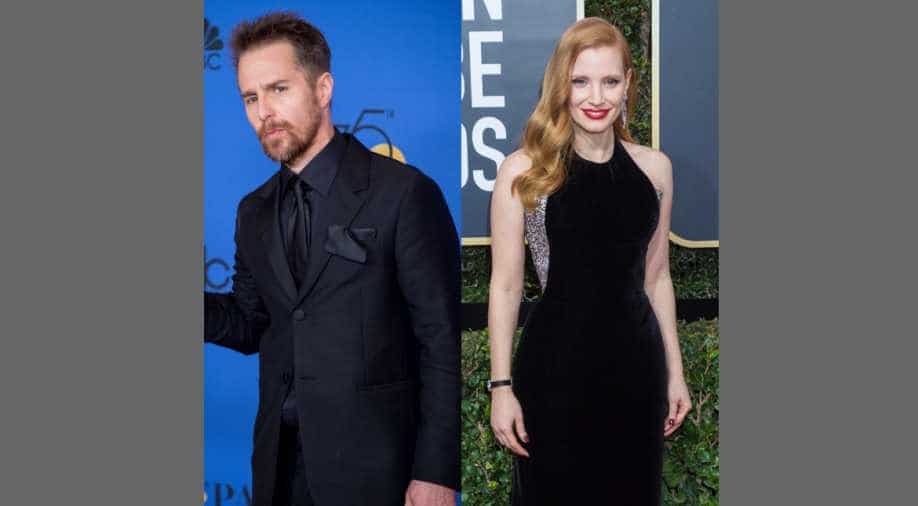 The awards ceremony will be hosted by Sandra Oh and Andy Samberg.

As the Golden Globes 2019 awards ceremony comes closer, the organisers announced the name of Hollywood stars who will be presenting.

While Andy Samberg and Sandra Oh will be seen hosting the ceremony, Jessica Chastain and Sam Rockwell have been revealed as the first stars to present.

EXCLUSIVE: The HFPA is proud to announce that Sam Rockwell and @jes_chastain will be presenters at the 76th Golden Globe Awards! Tune to @nbc on Sunday at 8PM ET/5PM PT to see these two and many, many more celebrate this year's #GoldenGlobes! pic.twitter.com/3rYDOOHhtn

Golden Globes 2018 was special for Sam as he won the statuette for best supporting role in ‘Three Billboards Outside Ebbing, Missouri’. The fine actor has again been nominated in the same category for his role as former US President George W Bush in ‘Vice’. Jessica has also won the statuette in 2013 for her role in ‘Zero Dark Thirty’.

Sandra Oh and Andy Samberg are set to co-host the event. While Samberg has previously hosted the MTV Movie Awards, the Spirit Awards and the Emmys, the 2019 Golden Globes will mark Oh's first time hosting an awards show.

Meanwhile, Sandra Oh on her hosting gig said, "The job of being a host, it's really to be there to support all the nominees and those who take that platform to say whatever they want. I don't really think that [getting political] is for the hosts necessarily. You make it an open and safe place for whoever wants to use that platform to speak."

Golden Globes will go live from the Beverly Hilton in Los Angeles, on Sunday, January 6 (January 7 morning in India).