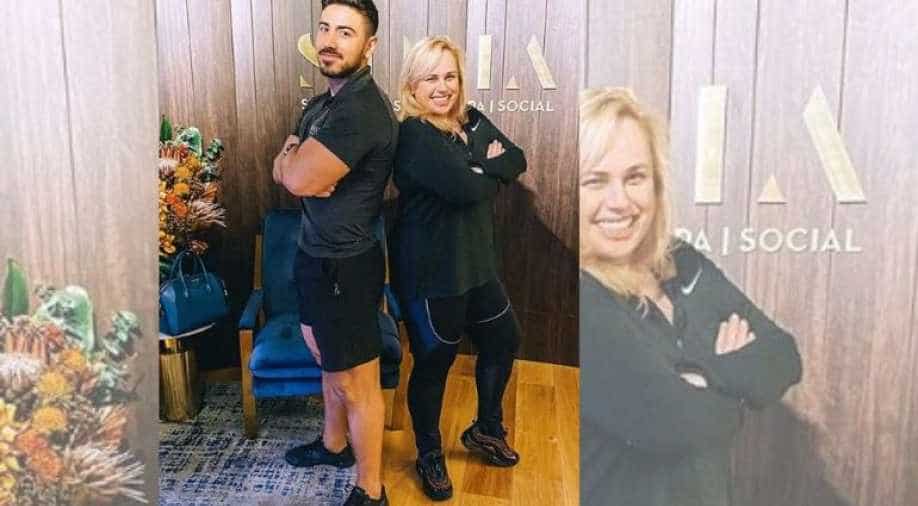 Rebel Wilson showed off her amazing weight loss transformation as she donned an all-black workout outfit at the gym.

Australian actor Rebel Wilson, who has been working hard on her fitness, posted a video of herself doing a Cross Fit exercise with ropes.

According to a news agency, the 39-year-old actor showed off her amazing weight loss transformation as she donned an all-black workout outfit at the gym.

Her trainer, Jono Castano later reposted the video. "Friday vibes but @rebelwilson has been putting in the yards 7 days a week," Castano captioned his post. "Proud of you gurl". In early January, the 'Pitch Perfect' star wrote in an Instagram post, "Okay so for me 2020 is going to be called 'The Year of Health'.

✖️| Friday vibes but @rebelwilson has been putting in the yards 7 days a week! Proud of you gurl ❤️

'The 'Isn't It Romantic' star earlier revealed to a news agency that she started losing weight while filming 'Cats' and has since dropped between 40 and 50 pounds.

Wilson said, "I lost eight pounds shooting my number, in four days, one, because there`s a lot of physicality... But also, they heated up the set very high, to almost 100  Fahrenheit, so that we could never cool down."

The 'How to Be Single' star, who has always been a voice for body confidence, designed her own plus-size clothing line by the label Rebel Wilson x Angels. The clothing line inspired by her struggle to find clothes that fit right includes sizes ranging from 14 to 24.