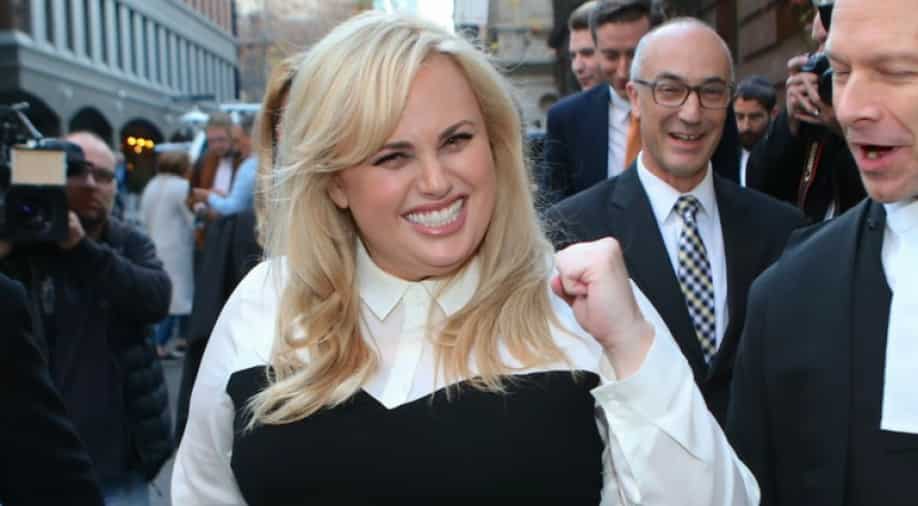 'The Hustle' actor also confessed that she imparts a lot of her knowledge, especially to the plus-size girls.

Seems like actor-producer Rebel Wilson sweated it out in an unusual manner for her upcoming venture 'Cats' and dropped a considerable amount of weight as a result.

According to a news agency, Wilson said, "I lost eight pounds, shooting my number, in four days, One, because there's a lot of physicality... but also, they heated up the set very high, to almost 100 Fahrenheit, so that we could never cool down."

The 39-year-old actor also admitted that in order to get this result she was tasked with keeping up with the 'best dancers in the whole world' for the musical film because the professionals "can't cool their muscles down or they could get an injury and they'd be out of the film''.

The 'Isn't It Romantic' actor further stated that they would heat up the set like a sauna so that they shouldn't cool down which made it pretty uncomfortable for her.

The actor has always been a role model for body positivity in Hollywood. She recollected the same in an incident where she didn't attend a wedding in her 20s because she wasn't sure of getting the dress of her size.

The star added that since being in Hollywood her perspective has changed. 'The Hustle' actor also confessed that she imparts a lot of her knowledge, especially to the plus-size girls.