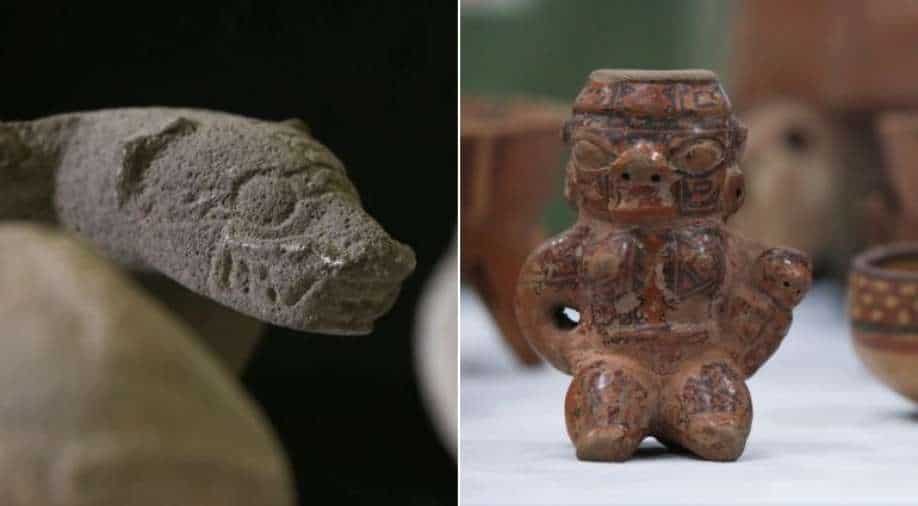 Macron spoke at a ceremony at the Quai Branly Museum in Paris, where the objects are on display for the last time, through Sunday.

More than a century after French colonial troops ransacked a West African royal palace and took its treasures, President Emmanuel Macron of France on Wednesday began the formal transfer of 26 of those artefacts to Benin in the first large-scale act of restitution to Africa by a former European colonial power.

Macron spoke at a ceremony at the Quai Branly Museum in Paris, where the objects are on display for the last time, through Sunday. The president will complete the transfer in a signing ceremony with President Patrice Talon of Benin at the Élysée Palace, after which the treasures will permanently leave France.

The restitution of the objects is a tangible and powerfully symbolic result of a confluence of events in Europe: a belated reckoning with its colonial past, fueled by a contemporary questioning of sexism, racism and other social inequalities.

That reexamination has been particularly fraught in France, which maintained strong ties to its former colonies in Africa decades after they became officially independent. The restitution is part of Macron’s attempt to reset relations with them even as he has tried to deflect a conservative backlash domestically.

“The purpose of this adventure is not for France to get rid of every piece of the heritage of others. That would be a terrible vision,” Macron said at the ceremony.

The 26 objects returning to Benin were plundered from a royal palace in 1892 when French forces invaded the country then known as Dahomey and made it a French colony for more than six decades. Their assault ended the reign of King Behanzin, who had resided in the palace at Abomey, a city in what is now southern Benin.

Highlights of the collection include a wooden effigy of Behanzin depicted as half-man-half-shark, a pair of elaborate wooden thrones and four painted gates from the palace.

On arrival in Benin, the artifacts will initially be displayed in a museum compound in the city of Ouidah, where slaves were once traded by the Portuguese. They will then be transferred to the royal palace compound in Abomey, where a new museum is being built. The two museums are among the beneficiaries of 1 billion euros, around $1.16 billion, spent since 2016 on the nation’s cultural infrastructure in an effort to turn Benin into a tourist destination, the country’s foreign minister, Aurélien Agbénonci, said at the Paris ceremony.

The events Wednesday signaled the start of a crucial new chapter in a process that began in 2017, when Macron declared in a speech in Burkina Faso that he could “not accept that a large part of the cultural heritage of several African countries should be in France.” He then commissioned a report on restitution from two experts, historian Bénédicte Savoy and economist Felwine Sarr.

Savoy and Sarr recommended in 2018 that “any objects taken by force or presumed to be acquired through inequitable conditions” by the French army, scientific explorers or administrators between the late 1800s and 1960 be handed back — if their countries of origin asked for them.

The report sent shock waves through European museums. Yet today, many other countries appear to be following France’s lead.

Over the past year, Germany has announced the return of some 1,100 Benin Bronzes, priceless sculptures seized in an 1897 British raid on what was then known as the Kingdom of Benin, in present-day Nigeria. A Dutch panel has recommended the unconditional return of any objects stolen from the Netherlands’ former colonies, and Belgium’s Africa Museum has started talks to give back looted artefacts to the Democratic Republic of Congo.

Emmanuel Kasarhérou, the president of the Quai Branly Museum, said that besides Benin and Senegal — to which France returned a historic sword in 2019 — other countries had put in formal restitution requests to French authorities: Madagascar, Ivory Coast, Ethiopia, Mali and Chad. These requests were being examined by French museum experts in tandem with teams in each of those countries.

The main factor to consider was whether the objects had been taken without consent, he said.

“The word ‘restitution’ applies to objects that were acquired in an illicit manner,” Kasarhérou said.