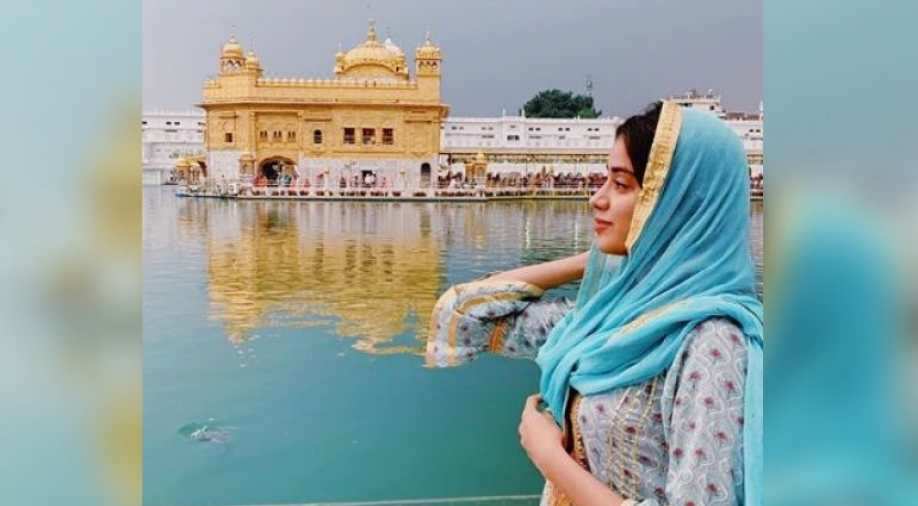 It seems like Janhvi Kapoor is having a great time in Amritsar, admiring the beauty and seeking blessings at the Golden Temple before commencing the shoot of her upcoming film 'Dostana 2'.

The actor was seen visiting the monument with director Collin D'Cunha. The 'Dhadak' star shared a series of pictures on her Instagram where she can be seen standing in front of the majestic temple seeking blessings.

Clad in a traditional outfit, the actor can be seen enjoying the atmosphere. Apart from visiting the temple, the actor also tried her hands on the tempting and mouth-watering delicacies of Punjab. Documenting her journey, the 22-year-old star shared pictures of her drinking Lassi and relishing Punjabi delicacies.

Other than Janhvi, an excited D'Cunha also shared pictures of their visit to acquire serenity at the Golden Temple. Before the commencement of the shoot, the unverified account of D'Cunha shared a picture with the leading lady on his Instagram story and wrote, "Need all the blessings as we begin our journey on 'Dostana 2' ".

The film directed by Collin is penned by Navjot Gulati, Sumit Aroraa, Rishabh Sharma and D'Cunha. Priyanka Chopra, John Abraham, and Abhishek Bachchan-starrer's 2008 release 'Dostana' caused quite a stir among the audience with its unique and humorous plotline and the fact that it dealt with the less talked about subject of homosexuality.