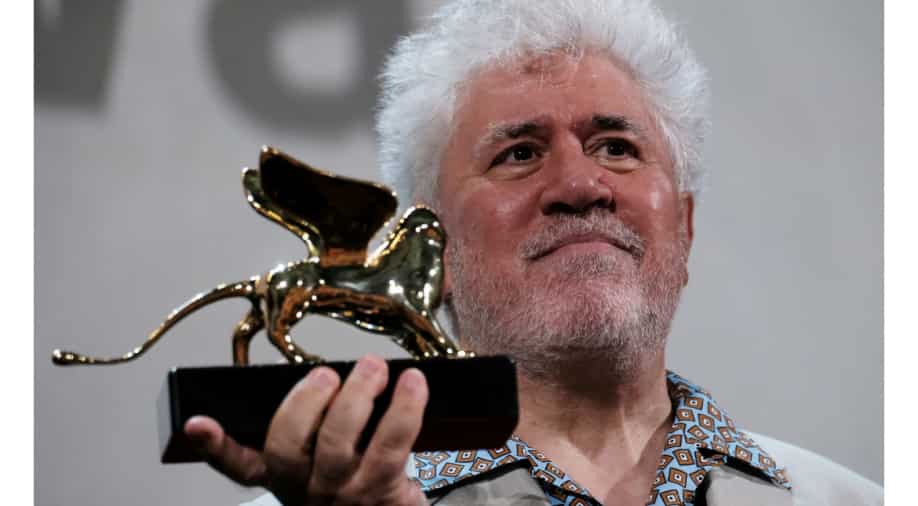 Pedro Almodovar is presented with the Golden Lion for Lifetime Achievement honour at the 76th Venice Film Festival Photograph:( Reuters )

The festival will be held this year from September 1 - 11.

The film -- which follows two single women in different stages of life preparing to give birth in a maternity ward -- will compete for the prestigious competition's top prize, the Golden Lion.

"I was really born as a director in Venice in 1983... 38 years later, I am called to open the festival," said the Oscar-winning Almodovar in a statement.

"I am truly grateful to the festival for this recognition and hope to live up to it," he added.

The director of the festival, Alberto Barbera, called Almodovar's film an "intense and sensitive portrait of two women facing pregnancy with unpredictable implications, of female solidarity, of a sexuality lived in full freedom and without hypocrisy".

The 71-year-old filmmaker was awarded a Golden Lion for lifetime achievement by the festival in 2019. He debuted at Venice in 1983 with his black comedy, 'Entre Tinieblas' (Dark Habits).

The festival will be held this year from September 1 - 11.