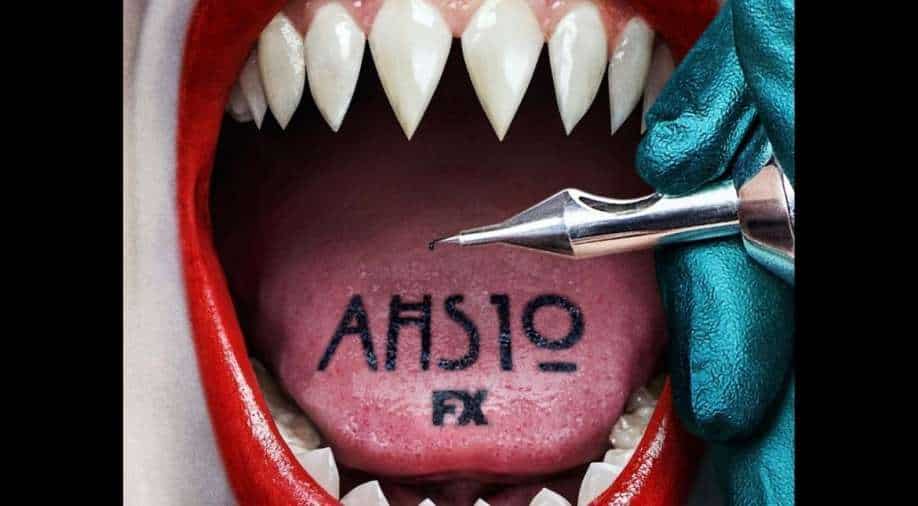 The 'American Horror Story' franchise kicked off in 2011 with the flagship 'Murder House' installment.

The upcoming tenth season of 'American Horror Story' has hit another delay.

Production on the latest iteration of the FX anthology series, titled `American Horror Story: Double Feature`, has been brought to a halt after a positive case of COVID-19 was detected, according to Variety.

An actor on the show tested positive, in what is known as 'Zone A' in COVID-19 production protocol. Production will pause "for the next few days," the outlet reported. Production on the series` tenth season was originally scheduled to begin last year before it was postponed due to the COVID-19 pandemic. The season is now scheduled to premiere on August 25 on FX.

Earlier this year, show co-creator Ryan Murphy revealed in a social media post that the upcoming season will revolve around "two horrifying stories, one by the sea...the other by the sand."An array of `AHS` favourites is set to appear, including Sarah Paulson, Kathy Bates, Evan Peters, Billie Lourd, Leslie Grossman, Finn Wittrock, Lily Rabe and Adina Porter.

Macaulay Culkin has also joined the ensemble cast, a role Murphy teased back in March with an Instagram photo of the `Home Alone` star and Grossman. "Something wicked this way comes," he wrote in the caption.

"American Horror Story Season Ten. #AHS10 #AHS."`AHS` is just the latest television or film production forced to shut down due to the deadly illness. Earlier this week, `Bridgerton` shut down production for the second time in a week after another cast or crew member tested positive for COVID-19. Although Netflix did not disclose who tested positive, the infected individual is now isolating.

The 'American Horror Story' franchise kicked off in 2011 with the flagship 'Murder House' installment. Throughout its nine editions thus far, it has averaged almost 10 million total viewers per episode across linear and non-linear platforms and has been nominated for 95 Emmy Awards, winning 16 trophies over the last eight years.

The franchise's 'American Horror Stories' spinoff recently debuted its inaugural season on July 15 with back-to-back episodes on FX on Hulu.