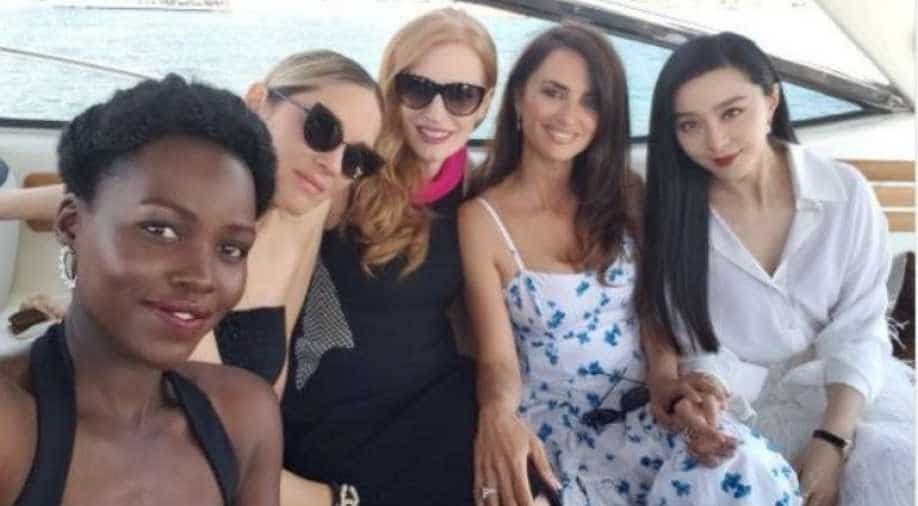 Actor Jessica Chastain revealed that the filming of her upcoming film '355' has officially commenced. Along with Chastain, the film also has Diane Kruger, Lupita Nyong'o, Fan Bingbing and Penelope Cruz.

Actor Jessica Chastain revealed that the filming of her upcoming film '355' has officially commenced.

She shared a behind-the-scenes clip of the film and wrote, "Principal photography for 355 movie has officially commenced!"

The clip features Chastain meeting her co-stars and the film director, Simon Kinberg.

"As Simon and I were making 'X-Men', I had this idea of doing a female ensemble action film," Chastain said in the video.

She added, "And so I called all the actresses, and we are the studio; everyone owns the film. And now we're making it."

The clip also gives a sneak peek into the cast's preparation, discussing over the film and a lot more.

The upcoming thriller is being directed by Simon Kinberg, who has previously helmed 'Dark Phoenix'.

The film revolves around Chastain, Nyong'o, Cruz and Fan, who play spies from international agencies around the world.

These women must bond together, overcoming their suspicions and conflicts, to use all their talents and training to stop an event from occurring that could thrust the teetering world into total chaos.

Along the way, these strangers and enemies become comrades and friends, and a new faction is formed - code-named '355' (a name they adopt from the first female spy in the American Revolution).

The movie is being produced by Chastain through her Freckle Films banner alongside Kelly Carmichael and Kinberg.