Cast of 'Housefull 4' reunites for a new song 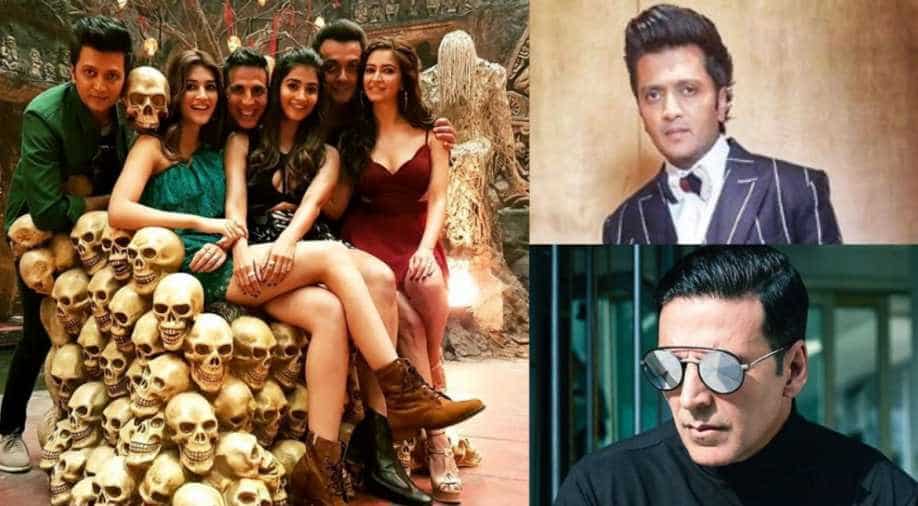 Nawazuddin Siddiqui star in the second season of the popular show `Sacred Games`.

A few days back, Nawazuddin Siddiqui joined the cast of the multi-starrer film 'Housefull 4'.

The fans of the actor were waiting with bated breath to see the star, who is known for portraying serious roles, feature in a laugh riot and the wait is almost over!

The star cast wrapped up shooting for the film on November 20, last year but reunited today to shoot for a new song, also featuring Nawazuddin.

They can be seen posing for the camera while being seated on a throne of skulls. However, Nawaz does not feature in the image.

As per media reports, Nawaz will play a baba( saint/monk) living in a den with 300 disciples.

He will make a special appearance in the song with the actors and a huge number of back-up dancers.

Akshay also shared the same still on his Twitter handle and wrote, "HouseFull of Thrones Who Lives, Who Dies...Only the Script Decides." His caption is a nod to the insanely popular HBO show `Game of Thrones` which ended today. Riteish replied to Akshay`s tweet with reference to the show`s famous tagline `The Winter is Coming`. He wrote, "Forget Winter .... Diwali is coming !!! House Full4."

Going by their tweets, seems like, the `GoT` fever has hit the sets of `Housefull 4` now.

Meanwhile, Nawaz will be reuniting with the producer of the film, Sajid Nadiadwala after five years.

The fourth installment of the franchise has been shot extensively in London, Rajasthan, and Mumbai.

Revolving around the theme of reincarnation, the film follows a non-linear narrative. It is scheduled to hit the big screens around Diwali 2019.

The film made headlines after actor Nana Patekar and filmmaker Sajid Khan, who were earlier involved in the film, were accused of sexual harassment as the #MeToo movement gained momentum in India.

After the allegations surfaced, Patekar was replaced by `Baahubali` fame Rana Daggubati whereas `Housefull 3` director Farhad Samji took over the reins of `Housefull 4`.

Nawaz has a number of films in his kitty. The actor will be seen in 'Raat Akeli Hai' opposite Radhika Apte and 'Bole Chudiyaan' alongside Mouni Roy.

He will also star in the second season of the popular show `Sacred Games`.