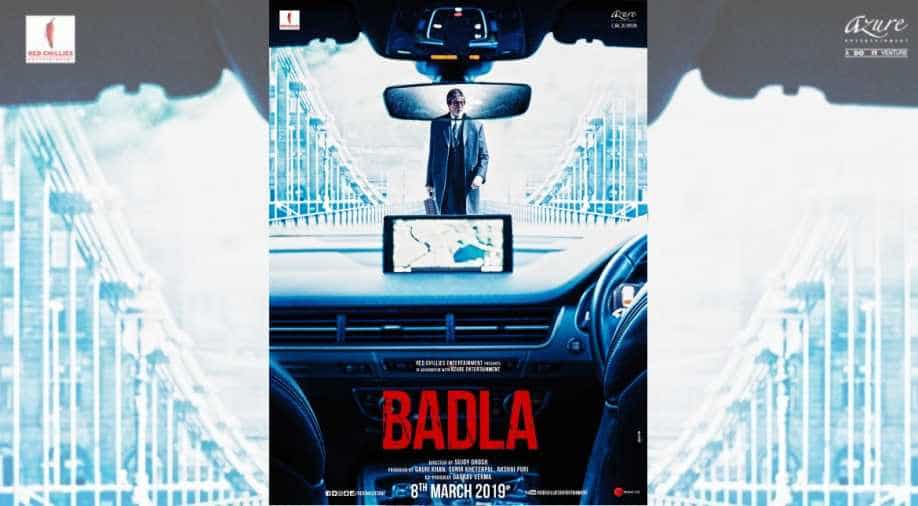 The suspense-thriller also stars Taapsee Pannu in the film.

Shah Rukh Khan shared an intriguing new poster of the film ‘Badla’ yesterday that features Amitabh Bachchan. He captioned it: "Jo dikhe woh sach ho aur jo na dikhe woh jhooth, yeh har baar zaroori nahi. #Badla8March." (It’s not natural for what you can see to be true than what you can’t)

The film directed by Sujoy Ghosh is a suspense-thriller bringing back the hit Jodi of Amitabh and Taapsee Pannu who will be reuniting after ‘Pink’. See trailer of the film.

Shah Rukh is associated with the project as a producer. It is being directed by Sujoy Ghosh.

The first trailer of the film released a few days earlier.

It will also mark the Hindi debut of Malayalam actor, Tony Luke. ‘Badla’ is slated to release on March 8, 2019.