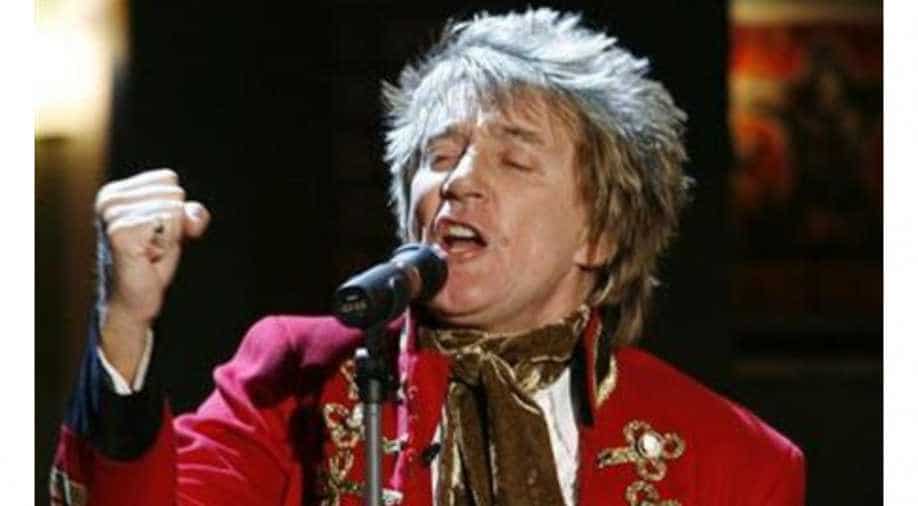 With his spiky hair and raspy voice, Stewart is known for hits such as 'Maggie May' and 'Da Ya Think I'm Sexy?'.

The British veteran rocker who turns 75 in January next year is at number one with the album 'You're In My Heart', knocking crooner Robbie Williams and his festive offering, 'The Christmas Present' off the top slot, according to the Official Charts website.

Stewart, who gained fame with the band Faces alongside Rolling Stone Ronnie Wood before enjoying solo stardom, has previously said how songwriting was a slow process for him.

The London-born musician told Reuters at his new album 'Another Country' launch in 2015 that songwriting does "not come easy to me", likening the process to "being at school doing homework". However, Stewart said his attitude to penning tracks has changed with age.

With his spiky hair and raspy voice, Stewart is known for hits such as 'Maggie May' and 'Da Ya Think I'm Sexy?'.

Stewart said back in 2015, age 70, he had no plans on retiring and would even like to play Glastonbury music festival with Faces.

'You're In My Heart' sees Stewart's old classics like 'Maggie May', 'Reason to Believe' and 'Forever Young' get the classical touch, thanks to accompaniment from Britain's Royal Philharmonic Orchestra.