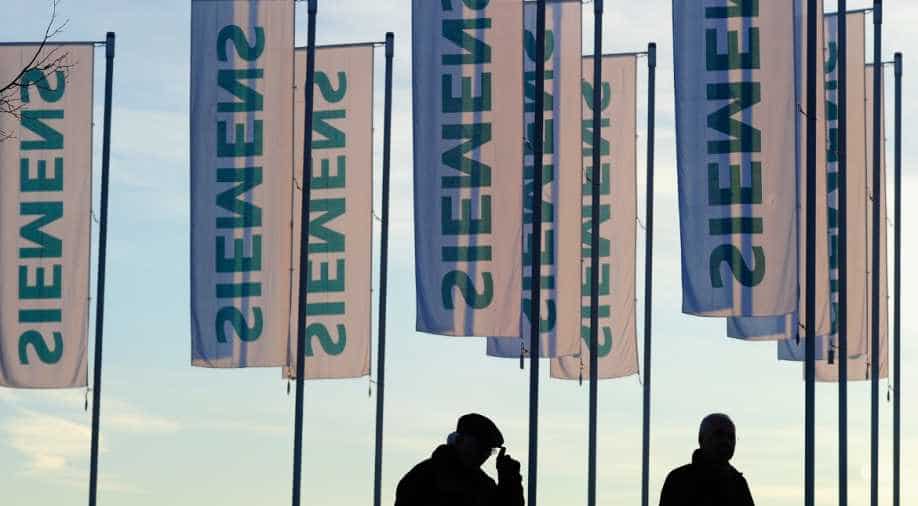 Siemens chief executive Joe Kaeser has set out to reshape the group to make it more profitable and agile by selling off non-core businesses and investing in areas such as software that promise faster growth. Photograph:( Getty )

German engineering group Siemens has agreed to buy U.S.-based Mentor Graphics in a $4.5 billion deal that will bolster its industrial software operations and help it keep pace with changes to manufacturing technology.

Siemens will pay Mentor Graphics shareholders $37.25 per share, a 21-per cent premium to Friday's closing price, and expects to fund the deal from cash reserves, it said on Monday.

Siemens Chief Executive Joe Kaeser has set out to reshape the group, a household name in Germany, to make it more profitable and agile by selling off non-core businesses and investing in areas such as software that promise faster growth and fatter margins.

Kaeser has so far managed to reassure investors that he will improve on his predecessor Peter Loescher's weak track record on making acquisitions pay off in the longer run.

Mentor Graphics makes software that helps semiconductor companies design and test their chips before they manufacture them and represents Siemens's biggest deal in the industrial software sector since it bought UGS for $3.5 billion in 2007.

Siemens said it now had all software that its customers needed to develop complex electronic machinery such as aeroplanes, trains and cars.

"Our customers are driving a paradigm shift towards more and more complex and smart connected products such as autonomous vehicles," Siemens finance chief Ralf Thomas told analysts and journalists during a conference call on Monday.

"This acquisition is our answer to this development," he added.

Baader Helvea analyst Guenther Hollfelder, who has a "buy" recommendation on Siemens shares, said the acquisition did not appear overly expensive at a valuation of 18.5 times operating profit.

Mentor Graphics has been under pressure since activist hedge fund Elliott Management Corp reported an 8.1 per cent stake in the company in September and said its shares were deeply undervalued.

Elliott said on Monday it supported the deal and saw it as "great outcome" for Mentor Graphics' shareholders and customers.

People familiar with the matter had flagged the planned deal to Reuters, saying Siemens would pay $4.5 billion to $4.6 billion for Mentor Graphics, which competes with Synopsys and Cadence.

Siemens said last week that it planned a public listing of its $15 billion healthcare business, which pushed its shares to a 16-year high as investors hoped for an injection of capital to boost its valuation while funding new investments.

Siemens said it expected the acquisition to add to its earnings per share within three years and to lift earnings before interest and tax (EBIT) by more than 100 million euros ($107.21 million) within four years.

About half of the earnings boost will come from revenue synergies and the other half from lower costs, including from some job cuts, Siemens CFO Thomas said.

The deal will boost its software revenue by about a third from 3.3 billion euros, to around 6 per cent of group revenue.

Deutsche Bank and JP Morgan advised Siemens on the transaction, which is expected to close in the second quarter of 2017. Bank of America advised Mentor Graphics.