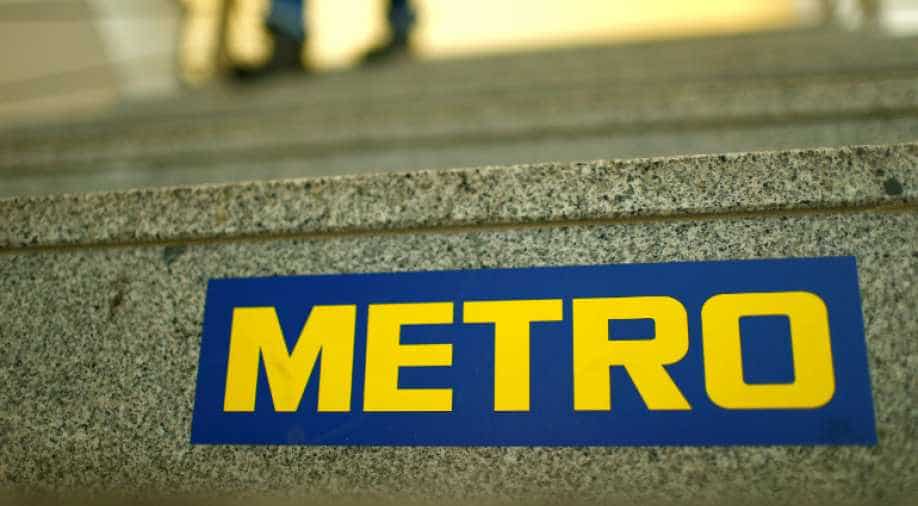 German retailer Metro AG sign is seen on the steps of their headquarters in Duesseldorf, Germany. Photograph:( Reuters )

On Friday, EP Global Commerce, an acquisition vehicle owned by the Czech and Slovak investors, made the takeover offer, which valued the company at 5.8 billion euros ($6.6 billion).

Metro said that an unsolicited offer by two prominent investors to take over the German retailer substantially undervalues it and advised shareholders on Sunday to hold off on taking action until management comments further.

On Friday, EP Global Commerce, an acquisition vehicle owned by the Czech and Slovak investors, made the takeover offer, which valued the company at 5.8 billion euros ($6.6 billion).

The retailer, noting that the offer price was only 3% above the closing share price on Friday, said the bid "substantially undervalues the company and does not reflect its value creation plan".

Metro said management was continuing to transform the company. It said it would comment further once the full offer document was available and that shareholders should take no action in the meanwhile.

The firm, co-owned by Czech investor Daniel Kretinsky and Slovak partner Patrik Tkac, said the offer was "a compelling value and a unique opportunity" for shareholders given the difficult market and challenges facing Metro.

Once a sprawling retail conglomerate, Metro has in recent years been restructuring to focus on its core cash-and-carry business, selling off the Kaufhof department stores and then splitting from consumer electronics group Ceconomy.

It still operates in 26 countries with 771 stores and 150,000 employees, but it is trying to offload its loss-making Real hypermarkets chain, as well as its operations in China.

The Czech and Slovak bidders signalled that further changes were needed at Metro, though they said they would not close stores in Germany and its core markets, or cut jobs substantially.

"Metro needs to regain the capability to swiftly react," they said, adding that otherwise, it "would be exposed to significant risks due to stagnant or declining results." ($1 = 0.8798 euros)