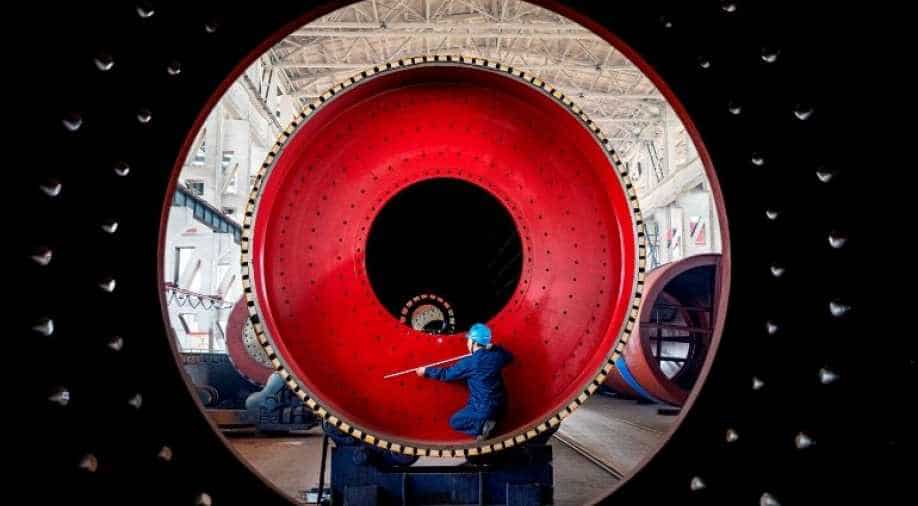 Analysts remain concerned about deflationary risks in the sector, unconvinced that the worst is over yet for Chinese manufacturers.

China's factory activity showed surprising signs of improvement in November, with growth picking up to a near three-year high, a private sector survey showed on Monday, reinforcing upbeat government data released over the weekend.

But analysts remain concerned about deflationary risks in the sector, unconvinced that the worst is over yet for Chinese manufacturers. They say the sub-indexes of both surveys painted a picture of patchy recovery that will be difficult to sustain.

"The improvement last month was driven by different factors across the two manufacturing indices, making it hard to pinpoint the reason for the apparent uptick industrial activity," Julian Evans-Pritchard, Senior China Economist, wrote in a note on Monday.

"We doubt this marks the start of a decisive rebound inactivity," he said.

The Caixin/Markit manufacturing Purchasing Managers' Index (PMI) index rose to 51.8 in November from 51.7 in the previous month, marking the fastest expansion since December 2016, when it was 51.9.

The 50-mark separates expansion from contraction on a monthly basis.

Total new orders and factory production remained at buoyant levels in November, although they both eased slightly from record highs in the previous month, when they grew the fastest in over six years and nearly three years, respectively.

Larry Hu, Chief China economist at Macquarie Group, cautioned that the improvement could be hit as many one-off tailwinds wear off, such as better sentiment on trade deal and warm weather. Business confidence slipped and companies were reluctant to replenish their inventories, worried about the uncertain outlook for demand and the prolonged China-US trade war, the survey showed.

China's official factory activity gauge on Saturday also surprised, returning to growth for the first time in seven months as domestic demand picked up in response to stimulus measures. But gains were slight and export orders sluggish.

The official survey focuses more on heavy industry than Caixin's, which is believed to include firms that are more export oriented. The two surveys also cover different geographical areas.

The Caixin survey showed sub-index for new export orders came in at 51, marginally below that in October, when it was the highest since February 2018.

Resilience in the sector led to a notable recovery in the labour market in the month, with companies adding workers for the first time in eight months.

However, profit margins remained under pressure, with input costs continuing to rise while output charges fell, suggesting some firms are still cutting their prices due to fierce competition for sales.

"While growth is likely to stabilise in November, the overall downtrend will continue in months ahead," Hu told Reuters.

The Chinese government has been trying to spur domestic demand for well over a year, largely through higher infrastructure spending and tax cuts, but the measures have been slow to gain traction.

Economic growth cooled to a near 30-year low of 6.0 per cent in the third quarter.

"I think the rebound in headline PMIs may indicate the possibility that China will still be able to achieve above 6 per cent growth rate in 2019," said Betty Wang, senior China economist at ANZ.

To help avert a sharper slowdown, China has brought forward 1 trillion yuan of the 2020 local government special bond quota to this year. The bonds are used largely to fund public works.

While China has cut some of its key lending rates in the last few months to reduce corporate financing costs, the reductions have been quite modest. Analysts believe policymakers are reluctant to unleash more aggressive stimulus out of concern it could heighten financial risks and add to a mountain of debt.

Washington and Beijing said in October they were working on a "phase one" trade agreement, but initial market hopes for a quick deal are fading after weeks of conflicting headlines.

A deal could slide into next year as Beijing presses for more extensive tariff rollbacks, and the Trump administration counters with heightened demands of its own.

Highlighting the tension, China's Global Times newspaper said on Sunday that Beijing is demanding Washington removes existing tariffs, not just planned tariffs, as part of the deal, citing sources with direct knowledge of the trade talks.

Additional US duties on Chinese exports are set to kick in on December 15.

A trade deal has now stalled after the US passed legislation backing protesters in Hong Kong, news website Axios reported on Sunday, citing a source close to Trump's negotiating team.