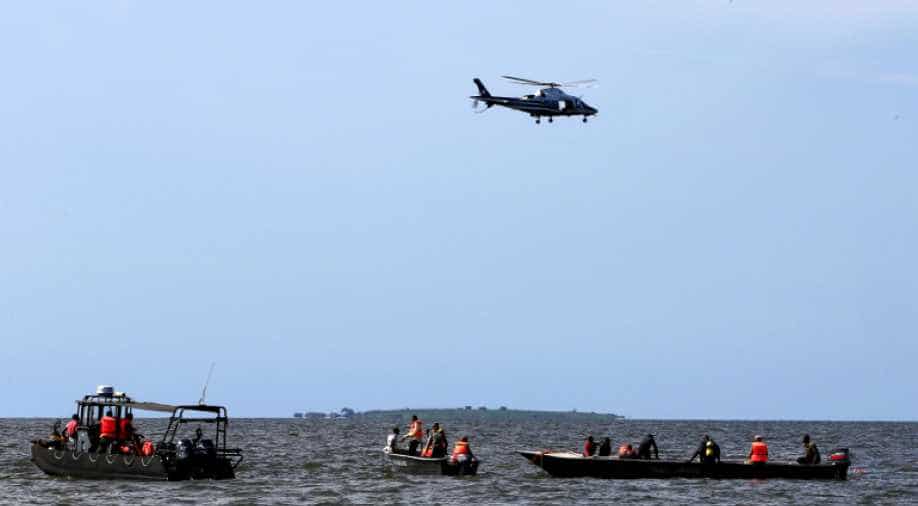 Rescue and recovery missions search for the bodies of dead passengers after a cruise boat capsized in Lake Victoria off Mukono district, Uganda November 25, 2018. Photograph:( Reuters )

Police had said on Saturday at least 10 people were dead following the accident off Uganda's Mukono district, close to the capital Kampala.

At least 29 people died when a cruise boat capsized in poor weather on Saturday in Lake Victoria, Uganda, the deputy police spokesman said on Sunday.

Police had said on Saturday at least 10 people were dead following the accident off Uganda’s Mukono district, close to the capital Kampala.
Advertising

“The boat was overloaded and secondly there was bad weather,” Patrick Onyango told Reuters, adding the boat was carrying 84 people. He did not say what the boat’s capacity was.

Another 26 people had been rescued from the water, Onyango said, a lower figure than the initial 40 given by the police on Saturday. He attributed the discrepancy to some survivors’ failure to register with the police.

“Our rescue team is still on the ground trying to rescue whoever we can find,” he said. Among those rescued on Saturday was Prince Daudi Kintu Wasajja, a brother of Ronald Mutebi, the king of Buganda kingdom, Uganda’s largest, police said.

Mozambique militants beheading children as young as 11: Save the Children