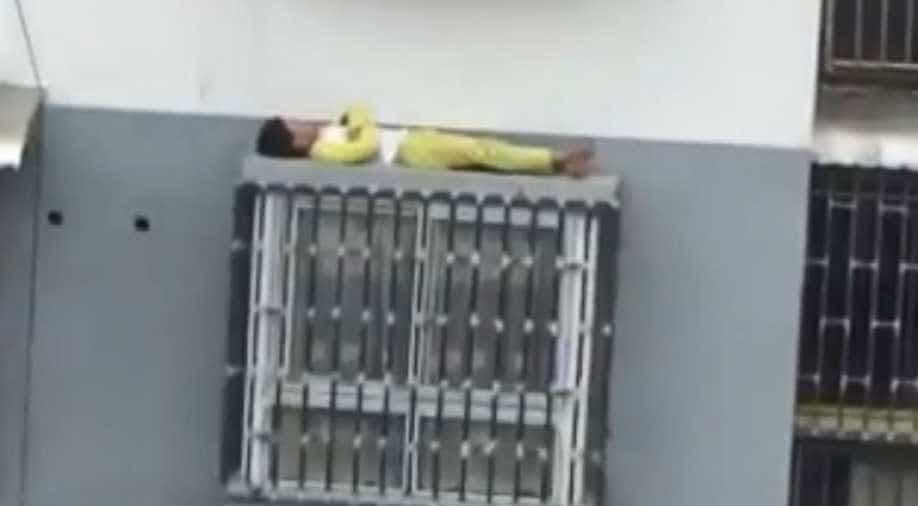 Read this if you think your child throws the maximum tantrums.

A video, posted by China's short video platform, shows a child sleeping on the ledge of a window after he got scolded by his father for being lazy and sleeping too much.

According to reports, the 12-year-old shown in the video lives in China's Jiangkou city, Guizhou province.

The boy climbed out of his room on to a window ledge on the fifth floor and stayed there until a fire unit came to bring him back to safety.

A firefighter was lifted up in a crane to get the boy back to safety while police officials kept a watch from the window above to ensure that nothing goes amiss.

The video was posted on Facebook by Pear Video, China. The incident took place on Wednesday.