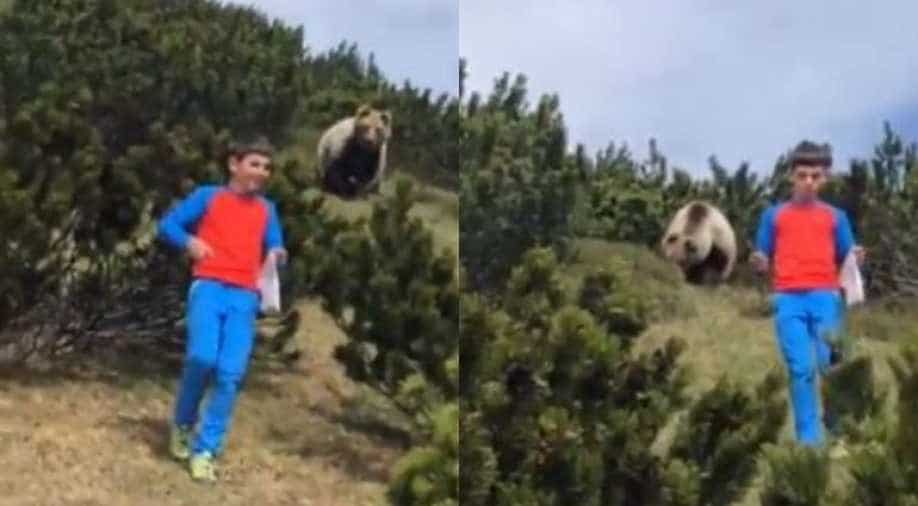 The incident took place in Sudtirol, northeastern Italy. The drama was captured in the video and was later uploaded on Twitter.

Twelve-year-old Alessandro, who is also an animal lover was followed by a giant bear while enjoying a picnic with his family on Italian hills. During the lockdown, Alessandro studied how to tackle a bear. The kid put his knowledge to use and remained calm.

The incident took place in Sudtirol, northeastern Italy. The drama was captured in the video and was later uploaded on Twitter.

In the video, it can be seen that the boy is walking on the hillside while being followed by the bear whose head kept popping out of the bushes.

The youngster is seen maintain calm and he kept walking away from the bear keeping in mind that if he panics it could trigger the bear.

His uncle, Federico, told local newspaper La Stampa: "We had left home only a little while before. In the mountains, there were some other people but it was otherwise silent.

"Alessandro walked a few metres ahead of us to collect stuff and at one point we saw him coming out from the woods and being followed by the bear. We were terrified but he was calm."

Alessandro said: "It was important to leave quickly but without making the bear feel it was in danger.

"I did not look it in the eye and the bear understood I was not its enemy. And now I am the happiest child in the world."

Bear left the area and Alessandro and his family were unharmed.