'Uyghur Tribunal' to convene over abuses as China fumes 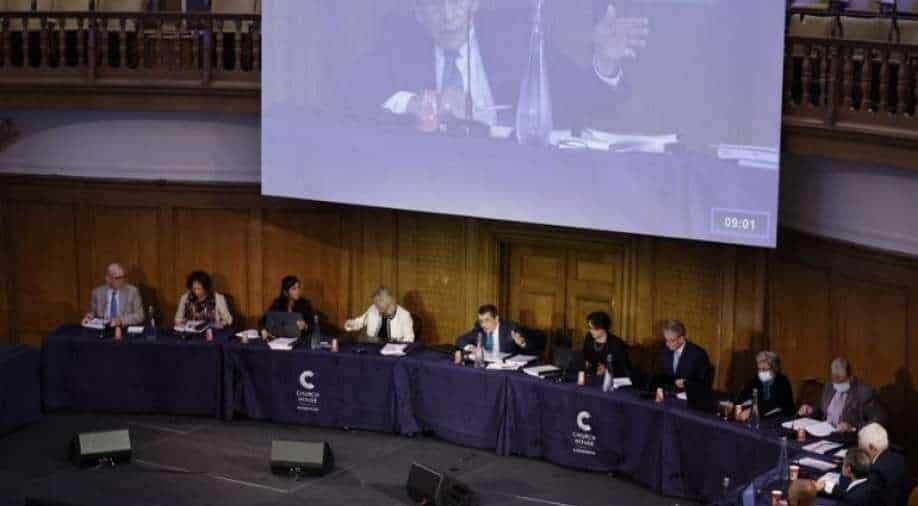 The organisation, which has no state backing, plans to use the London hearings to issue a verdict on whether Beijing has perpetrated genocide or crimes against humanity against Uyghurs

A panel of UK-based lawyers and rights experts investigating the plight of Uyghurs in China will begin hearing evidence from witnesses on Friday, as Beijing branded it a "machine producing lies".

The "Uyghur Tribunal" says its nine jurors will hear first-hand testimony of alleged crimes in the northwestern Chinese region of Xinjiang, including forced sterilisation, torture, disappearances and slave labour.

The organisation, which has no state backing, plans to use the London hearings to issue a verdict on whether Beijing has perpetrated genocide or crimes against humanity against Uyghurs and other Muslim groups in China.

But he vowed its work would be "impartial", based on evidence sessions this week and in September and on "thousands of pages" of documentary evidence already amassed.

"We have invited the PRC (China) to provide us with any evidence they may have. So far we've received nothing from them."

The tribunal plans to deliver its report in December, and while it would have no legal force, participants hope to draw international attention and spur possible action.

"It will be for states, international institutions, commercial companies, art, medical and educational establishments and individuals to determine how to apply the tribunal's judgement, whatever it may be," the panel has said.

It was set up at the request of the World Uyghur Congress, the largest group representing exiled Uyghurs, which lobbies the international community to take action against China over alleged abuses in Xinjiang.

In March, the tribunal was one of four UK entities and nine individuals sanctioned by Beijing for raising concerns about the treatment of the Uyghurs.

Its chair Geoffrey Nice, a veteran British lawyer, was named personally on the Chinese sanctions list along with Helena Kennedy, a high-profile rights lawyer who is advising the tribunal.

Nice, who led the UN prosecution for war crimes of the late former Serbian leader Slobodan Milosevic, said at the time the sanctions would not affect the work of the tribunal.

Other members include experts in medicine, education and anthropology.

China has not held back in condemning the tribunal.

"It is not even a real tribunal or special court, but only a special machine producing lies," foreign ministry spokesman Zhao Lijian said last week.

"It was founded by people with ulterior motives and carries no weight or authority. It is just a clumsy public opinion show under the guise of law," he told reporters.

The US government accuses China of waging "genocide" in Xinjiang. Britain has declined to use that designation but joined the United States and Germany last month in calling on Beijing to end repression of the Uyghur minority.

Rights groups say up to one million Uyghurs and people from other ethnic-Turkic minorities are detained in internment camps in Xinjiang.

Beijing has repeatedly denied any abuses take place there, saying they are work camps meant to deter extremism and boost incomes.

Also Read | At G7, Biden will push allies to act on China's treatment of Uighurs: Report

The tribunal's launch comes a week ahead of a Group of Seven summit in Britain to be joined by US President Joe Biden, who has been urging fellow Western democracies to take a tougher line on China.

Ahead of the summit, G7 foreign ministers last month said they were "deeply concerned" by rights abuses against the Uyghurs and in Tibet, and urged an end to the targeting of pro-democracy leaders in Hong Kong.