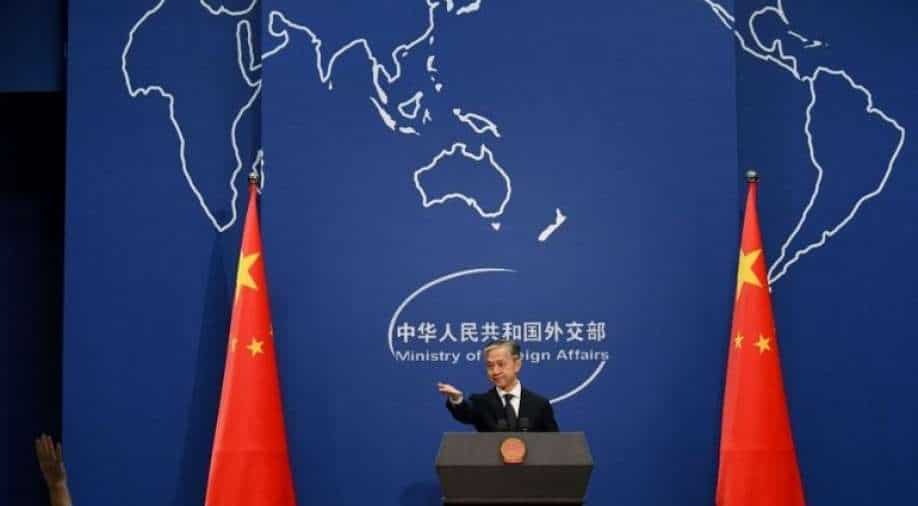 China on Thursday said it "strongly condemns" a statement by the Group of Seven nations accusing Beijing of rights abuses in Xinjiang, Tibet and Hong Kong, as a schism with Western democracies widens.

Foreign ministers from G7 countries Britain, the United States, France, Germany, Italy, Canada and Japan urged China to abide by its obligations under international and national law during their first face-to-face meeting in two years in London.

The group said they were "deeply concerned" by alleged human rights violations and abuses against the minority Uyghur Muslim population in China's western Xinjiang region and Tibet.

Also read | At G7, Biden will push allies to act on China's treatment of Uighurs: Report

They also urged an end to the targeting of rights protesters in Hong Kong.

Beijing was quick to hit back, railing against the G7 for making "unfounded accusations against China and openly intervening in China's internal affairs", Chinese foreign ministry spokesman Wang Wenbin said.

He said the group was engaged in the "wanton destruction of the norms of international relations", repeating Beijing's long-held line that those issues were China's own matters.

Wang added the G7 should do more to boost global economic recovery rather than causing "contradictions and differences" in the international community.

"We urge the relevant countries to face up to their own problems... and stop generalising on the concept of national security as well as other wrong practices," he said.

Beijing's latest rebuke comes as tensions with Western nations grow and international criticism mounts over issues including Xinjiang, where rights groups estimate at least one million Uyghurs and people from other mostly Muslim minorities have been held in camps.

Authorities in the area are also said to have forcibly sterilised women and imposed forced labour.

The United States has since accused China of genocide and British MPs last month approved a symbolic parliamentary motion declaring that Uyghur Muslims in China were "suffering crimes against humanity and genocide".

But China has decried the criticism over Xinjiang as lies, claiming that testimonies in news reports have been made by "a few fake actors".

The country has since ramped up its propaganda, holding dozens of press briefings on the subject, while state-owned outlet CGTN released a four-part documentary series looking to justify the government's policies in the region.

Although the G7 members reserved their strongest criticism for China, they also targeted Russia over "irresponsible and destablising behaviour" on the Ukrainian border where it has amassed troops.

The group also called on Iran to release foreign and duals nations from its jails.

But they held the door open to China for future cooperation.

The G7 maintained they would look for ways to work with the world's second-largest economy "to promote regional and global peace, security and prosperity".

People without vaccines will have lack of job options, warns Russia's Kremlin