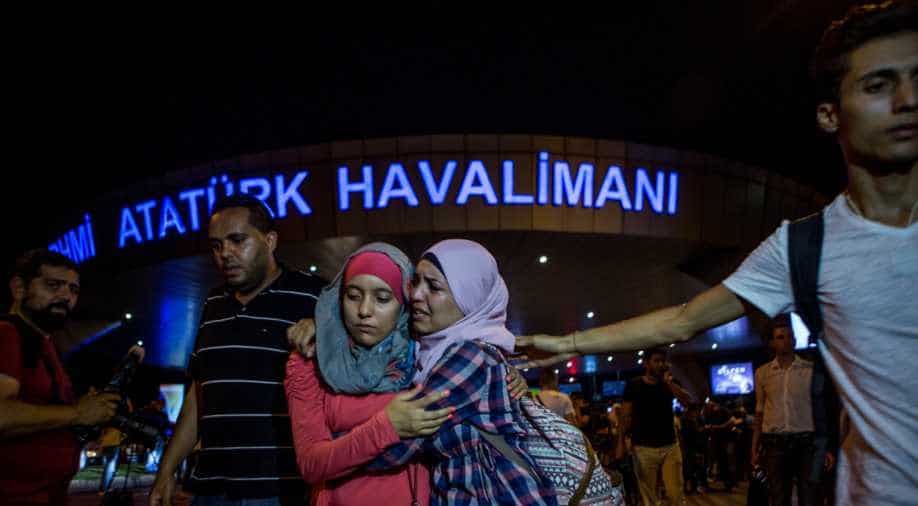 Condemning the suicide attack at Turkey's Ataturk International airport,US said this will only reinforce the determination to work with Turkey to counter the scourge of terrorism. Photograph:( Getty )

Follow Us
Condemning the terror attack at Istanbul's Ataturk International airport that killed 36 people and injured many others, the US and UN has called for stepped-up cooperation in fighting terrorism and has vowed "steadfast" support for Turkey.

"Ataturk international airport, like Brussels airport which was attacked earlier this year, is a symbol of international connections and the ties that bind us together," White House press secretary Josh Earnest said yesterday.

US President Barack Obama was briefed on the explosions by his assistant for homeland security and counterterrorism Lisa Monaco.

"Our deepest condolences go out to the families and loved ones of those killed, and we wish a speedy recovery to those injured. We remain steadfast in our support for Turkey, our NATO ally and partner, along with all of our friends and allies around the world, as we continue to confront the threat of terrorism," he said.

Condemning the terrorist attack at Istanbul's Ataturk International airport, the UN Secretary General Ban Ki-moon, expressed his deepest sympathy and condolences to the families of the victims and to the government and people of Turkey.

"The Secretary-General hopes that the perpetrators of this crime will be identified and brought to justice. He stands firmly by Turkey as it confronts this threat and stresses the need to intensify regional and international efforts to combat terrorism and violent extremism," his spokesman said in a statement.

US officials are in close touch with Turkish authorities throughout the investigation, state department deputy spokesman Mark Toner said.

"We stand in solidarity with our NATO ally Turkey in combating the threat of terrorism. Sadly, this murderous attack is only the latest in a series of attacks aimed at killing and maiming innocent civilians," he said.

"Such attacks will only reinforce our determination to work with the government of Turkey to counter the scourge of terrorism and support all those across the region who are working to promote peace and reconciliation," Toner said in a statement.

"Today, we have another horrific event - senseless violence against innocent civilians. Freedom-loving people around the world must not waver in our commitment to defeat violent extremism," said senator James Lankford. He serves on the homeland security and intelligence committees.

"We continue to monitor reports of the horrific terror attack in Turkey. Our thoughts and prayers are with the victims and all affected," tweeted Senator Bob Corker, chairman of the powerful senate foreign relations committee.

"Terrorism will not prevail. We stand with our ally Turkey in the face of this heinous attack," tweeted Paul Ryan, speaker of the US house of representatives.

"I'm horrified by the attacks in Istanbul, and my heart is with the victims and their families. I stand with the people of Turkey against terrorism," tweeted congresswoman Susan Brooks.