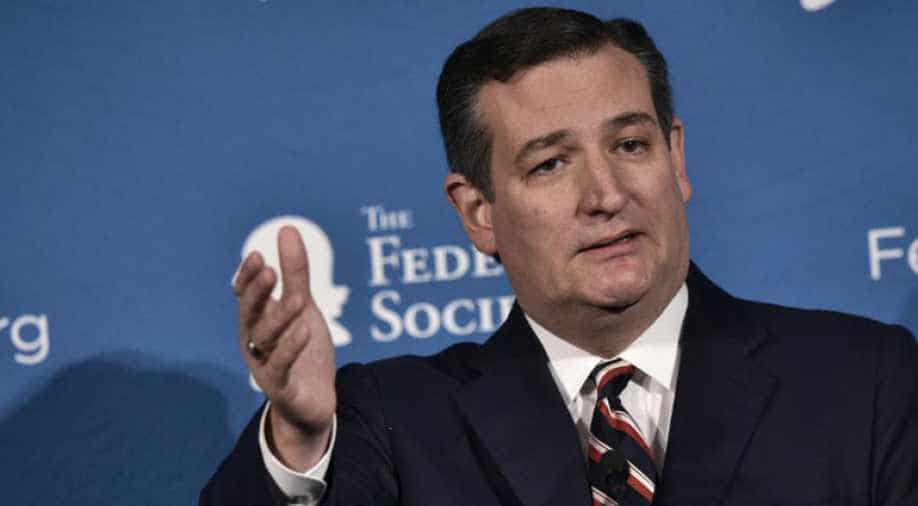 "The Chinese do not give us veto power over those with whom they meet. We will continue to meet with anyone, including the Taiwanese, as we see fit," he said. Photograph:( AFP )

The Republican from Texas, who lost in the US primary elections to President-elect Donald Trump, said in a statement that the two discussed arms sales, diplomatic exchanges and economic relations during the meeting in Houston.

"Furthering economic cooperation between our two nations must be a priority; increased access to Taiwanese markets will benefit Texas farmers, ranchers and small business owners alike," Cruz said in a statement.

Cruz went through with the meeting despite Chinese opposition: "Shortly before our meeting, the Houston congressional delegation received a curious letter from the Chinese consulate asking members of Congress not to meet with President Tsai, and to uphold the 'One China policy," the senator said.

"The People's Republic of China needs to understand that in America we make decisions about meeting with visitors for ourselves," the Republican continued.

"The Chinese do not give us veto power over those with whom they meet. We will continue to meet with anyone, including the Taiwanese, as we see fit."

The Taiwanese president was transiting in Houston this weekend en route to Central America, and is slated to return to Taipei after a stopover in San Francisco next weekend.

Beijing has asked Washington to bar Tsai from flying through US airspace.

A phone call between Trump and Tsai in December, after the Republican businessman won the presidency, upended decades of diplomatic precedent in which Washington has effectively ignored Taipei in favor of Beijing, which considers Taiwan a breakaway province to be brought back within its fold.

Trump himself appeared to have ruled out meeting Tsai this trip, saying it is "a little bit inappropriate" to meet anybody until he takes office January 20.