US needs to rebuild trust on two-state solution: King of Jordan 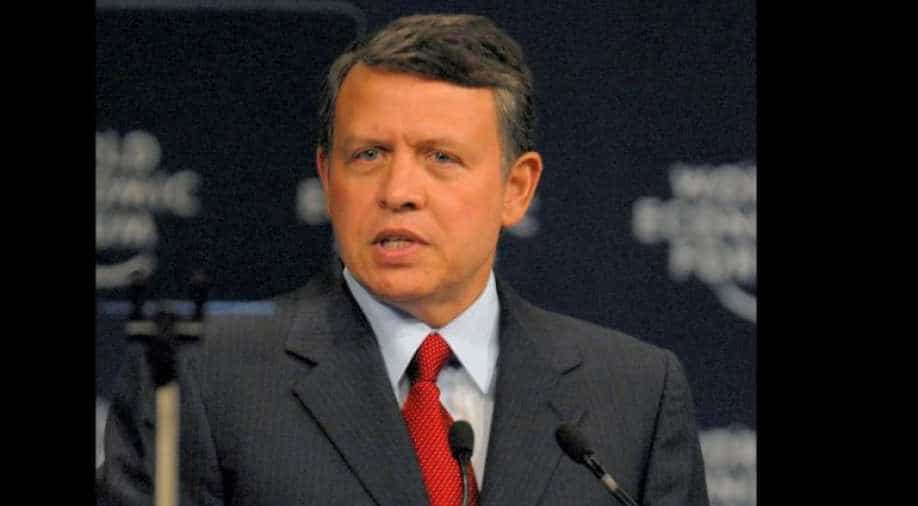 The King on Sunday attended a meeting with visiting US Vice President Mike Pence. Photograph:( Others )

According to the Jordanian King Abdullah II, the Trump administration needs to rebuild trust to ensure creating an independent Palestinian state with East Jerusalem as its capital.

The King on Sunday attended a meeting with visiting US Vice President Mike Pence.

He noted that it is important for the US to achieve the two-state solution.

US Vice President noted America's commitment toward the two-state solution provided the same is agreed upon by Israel and Palestine.

The King expressed his concern over Jerusalem and noted that the Palestinian-Israeli conflict can be resolved effectively with the help of dialogue.

He also shared Jordan's stance on resolving the Palestinian issue and hoped the Trump administration to move in a direction to resolve the conflict.

Abdullah II stressed the significance of a partnership between Jordan and the US to achieve stability and fight terrorism.

Pence visited Jordan to discuss issues of concern involving Jordan and the US.

Pence also noted that the US will continue to work with Jordan to fight terrorism and groups like IS and will extend support for continued coordination on Syria.

He also expressed that the Trump administration identifies Jordan's role as custodian of the holy sites.