US midterms: Voters poised to elect 2 Muslim women to Congress 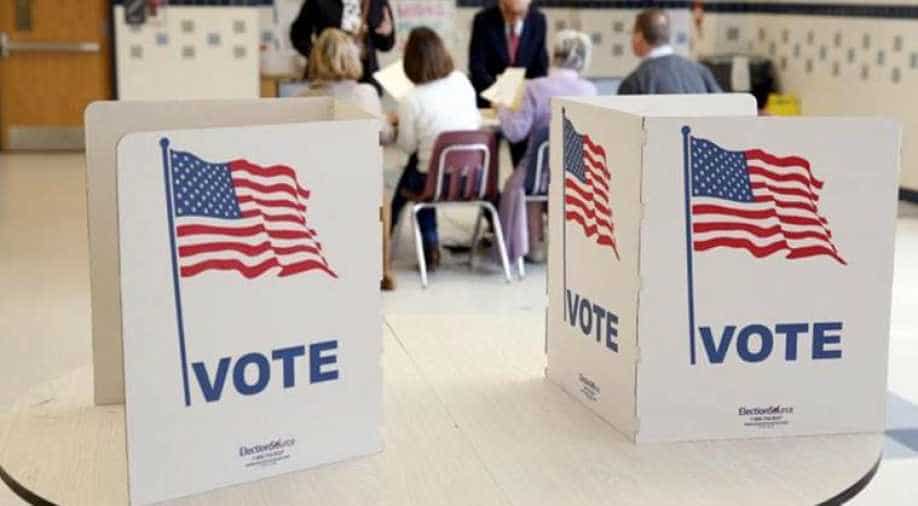 Ilhan Omar, a Somali refugee, and Rashida Tlaib, a social worker born in Detroit to Palestinian immigrant parents, are all certain to be elected to the US House of Representatives.

US voters are poised to elect two Muslim women to Congress in the midterm election next week, marking a historic first even as anti-Muslim and anti-immigrant rhetoric has been on the rise.

Ilhan Omar, a Somali refugee, is all but certain to be elected to the US House of Representatives in a heavily-Democratic district in the Midwestern state of Minnesota, where she is the party's nominee.

Rashida Tlaib, a social worker born in Detroit to Palestinian immigrant parents, will win a House seat in a district where she is running unopposed.

The two will be the first Muslim women to serve in the US Congress. They will increase the total number of Muslims in Congress to three.

Congressman Andre Carson, who is Muslim and African American, is likely to win reelection in his safely-Democratic district in the state of Indiana.

The expected electoral milestone is in stark contrast to the rise in anti-Muslim sentiment around the country. The Council on American-Islamic Relations (CAIR) reported a 21 percent increase in anti-Muslim hate crimes in the first six months of 2018.

Both Tlaib and Omar have positioned themselves as polar opposites of President Donald Trump and his Republican Party.

ICE has conducted raids throughout the country, leaving immigrant communities terrified of deportations -- including longtime Iraqi refugees in Michigan.

"The election of Donald Trump was a wake-up call," Colin Christopher of the Islamic Society of North America told AFP.

"Now we're seeing communities that were once absent from public conversations... all of a sudden are really engaged."

The two women are part of a historically diverse crop of candidates -- by race, gender, and sexuality -- challenging Republican incumbents.

They reflect a Trump era in which race and women's rights and empowerment have emerged as flashpoint issues for Democrats, and identity politics are increasingly important.

Polls indicate next week's election will likely hand Democrats control of the lower house of Congress in a rebuke of Trump's administration. The Senate is seen as more likely to stay in Republican majority control.

Tlaib was born and raised in Detroit -- the eldest of 14 children. In 2008, she became the first Muslim woman to serve in the Michigan state legislature.

The 42-year-old has positioned herself as a champion of the working class and strongly anti-Trump. During the 2016 presidential campaign, she heckled then-candidate Trump during a speech in Detroit.

"Her district does not have many Muslims in it," said Dawud Walid, executive director of CAIR's Michigan chapter.

"I don't believe that her ethnic or religious identity has had much of a part to play in her victory nor any opposition against her."

Tlaib has been mindful of the historic nature of her candidacy. During her tearful primary election victory speech in August, with her mother by her side, she said relatives in the West Bank were watching her success.

"It just shows how incredibly wonderful our country can be," she said. "All the ugliness and the hatred that you hear out there, it's not who we are."

With no Republican opposing Tlaib, she will be elected next week to a two-year term to replace longtime Congressman John Conyers who stepped down in December amid sexual harassment allegations and failing health.

The hijab-wearing Minnesota state lawmaker's personal identity has played a big role in her campaign. She is the first Somali-American legislator in the US.

Omar fled her native country's civil war at the age of eight, and later immigrated with her family to the US.

She was inspired by politics early on, when accompanying her grandfather to his first election vote.

"I just fell in love with politics and with what it could do," she told Elle magazine in September.

"I decided to run because I was one of many people I knew who really wanted to demonstrate what representative democracies are supposed to be."

In 2016, the 36-year-old won an uncontested seat in the legislature of her Midwestern home state, where there is a sizable Somali population.

Running for a congressional seat in a heavily-Democratic district that includes the city of Minneapolis, she is expected to easily defeat her Republican challenger.

She would replace Keith Ellison, who was the first Muslim elected to Congress in 2006. He gave up his seat to run for the state's attorney general's office.