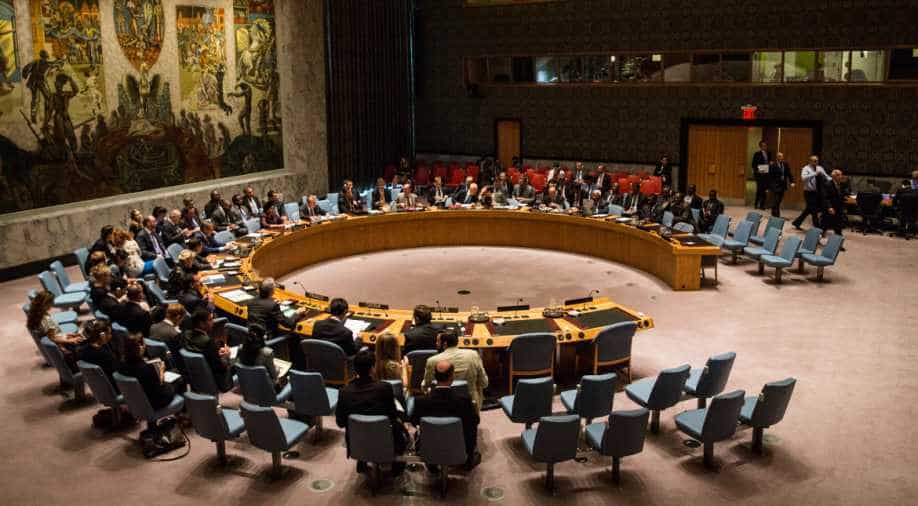 The United Nations Security Council on Wednesday unanimously imposed its toughest sanctions on North Korea, placing a cap on the hermit state's key coal exports after its defiant nuclear tests.

The new sanctions resolution -- which was spearheaded by the United States and came after three months of tough negotiations with fellow veto-wielding council member China -- passed by a 15-0 vote.

The resolution demands that North Korea "abandon all nuclear weapons and existing nuclear programs" and takes aim at the state's exports of coal, its top external revenue source.

Samantha Power, the US ambassador to the United Nations, said the resolution would strip the regime of more than $700 million in hard currency, dramatically reducing the money it can spend on nuclear and ballistic weapons.

Speaking to reporters with her counterparts from US allies South Korea and Japan, she said the move marked "the strongest sanctions regime the Security Council has imposed on any country in more than a generation."

"So long as the DPRK makes the choice it has made, which is to pursue the path of violations instead of the path of dialogue, we will continue to work to increase the pressure and defend ourselves and allies from this threat," Power said, referring to the North by its official name, the Democratic People's Republic of Korea.

"It sends an unequivocal message that the DPRK must cease further provocative actions and comply fully with its international obligations," said Ban, who has flirted with entering politics in his native South Korea after his term ends in a month.

Ban said he was still committed to "sincere dialogue" to resolve the nuclear issue and stood by calls to provide humanitarian assistance to ease the suffering of ordinary North Koreans.

China is North Korea's primary ally and one of the few markets for its coal.

Although Beijing has traditionally protected Pyongyang diplomatically, believing that Kim Jong-Un's regime is preferable to its collapse, it has grown frustrated by the neighboring state's defiance.

"Certain parties increase their military presence and scale up military exercises, thus intensifying the confrontation," he said at the Council.

"This situation must be changed as soon as possible," he said.

Pyongyang claimed at the time that it had made major strides in its efforts to fit a miniaturized warhead on a missile that could reach the United States.

North Korea, which insists its nuclear weapons are a deterrent to US "aggression," brushed aside earlier sanctions that targeted its weapons exports, access to financial markets and imports of luxury goods.

In addition to coal, the Security Council on Wednesday banned North Korea from exporting certain metals, including copper, silver, zinc and nickel, that bring in an estimated $100 million a year.

The Security Council also added 10 companies and 11 individuals --including the former North Korean ambassadors to Egypt and Myanmar -- to a blacklist under which their travel is restricted and assets frozen due to their alleged role in Pyongyang's military programs.

Although the outgoing US administration of President Barack Obama has generally favored dialogue over conflict, it has taken a tough line on North Korea after Pyongyang rebuffed early overtures.

Power said the latest resolution is groundbreaking because it also takes North Korea to task for its human rights violations.

In another rare clause, the resolution threatens North Korea with some losses of diplomatic rights at the United Nations if it violates resolutions.

"We are introducing sanctions not for the sake of introduction sanctions," he said, "but in order to change the course of DPRK policy."