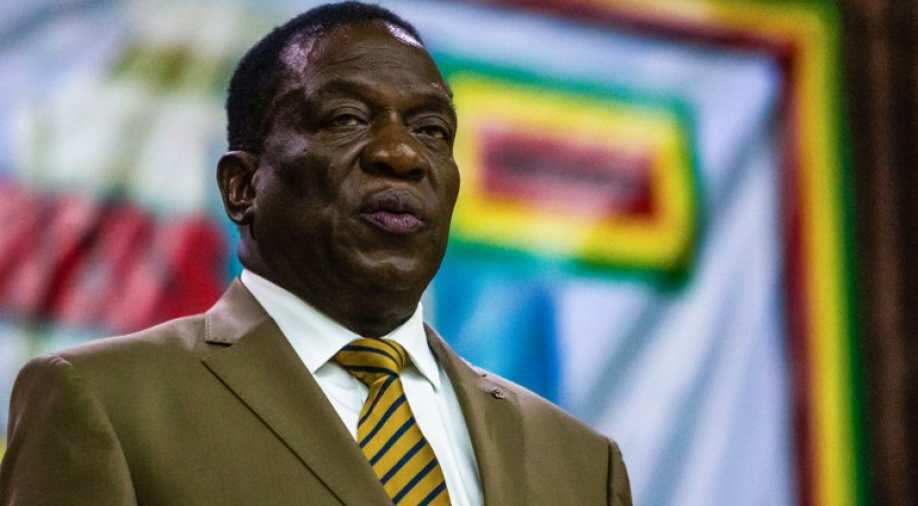 Presidential polls are due by the end of August, when Mnangagwa will face his first major test after taking over from long-time strongman Robert Mugabe. Photograph:( AFP )

The United Nations on Saturday threw its support behind new elections in Zimbabwe set for July and urged the government to kickstart the African nation's economy as an "urgent priority".

Achim Steiner, administrator for the United Nations Development Programme (UNDP), was in Harare as part of a three-day trip that saw him meet Zimbabwe's President Emmerson Mnangagwa.

"UNDP is committed to continue supporting the preparatory process for the elections and economic recovery efforts," Steiner told reporters.

Presidential polls are due by the end of August, when Mnangagwa will face his first major test after taking over from long-time strongman Robert Mugabe, who resigned in November after four decades in office.

"It is clear from my discussions with the president and government officials that jump-starting Zimbabwe's economic recovery is an urgent priority," Steiner said.

"We commend steps being taken by government in terms of policy and legal reforms to improve the ease of doing business."

Steiner said the UN last year provided more than $400 million (325 million euros) to Zimbabwe through donors across several sectors including health and environment.

Mugabe this week in an interview said he was removed from power through a "coup d'etat", prompting Mnangagwa to declare the country "has moved on" from his former boss.

"As a nation, party and government we are looking to very peaceful, transparent and free elections in July this year," Mnangagwa said.