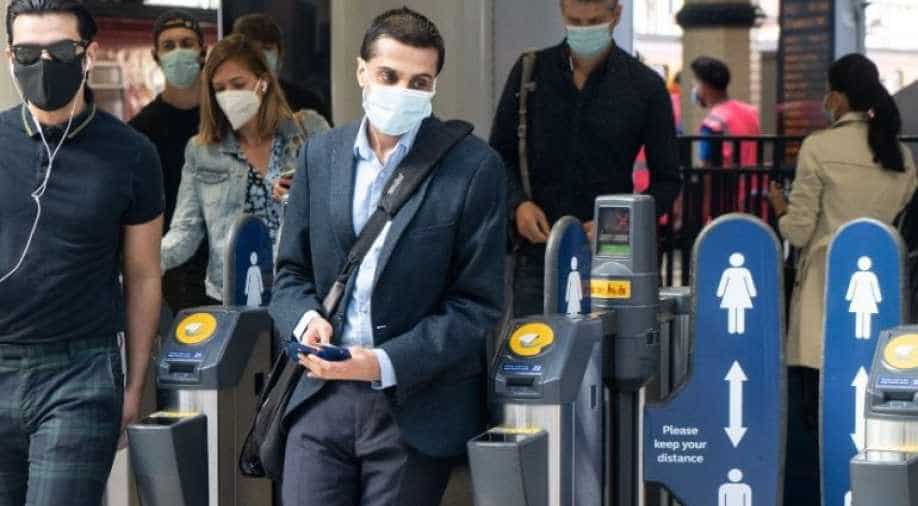 "Being able to expand mass testing with these new technologies is a huge positive step forward in our battle against the virus," he added, announcing new funding of £500 million ($665 million, 560 million euros).

Britain on Thursday said it was expanding trials of a new rapid test to detect coronavirus cases, and flagged potential travel restrictions on the popular holiday destination of Portugal.

Health Secretary Matt Hancock defended the government's testing approach for Covid-19, after the BBC reported that some people were being directed to centres more than 100 miles (160 kilometres) from their homes.

"Of course there are operational challenges from time to time but it (the system) works well," he told Sky News television.

"Being able to expand mass testing with these new technologies is a huge positive step forward in our battle against the virus," he added, announcing new funding of £500 million ($665 million, 560 million euros).

The package will go to enlarging existing trials of a 20-minute saliva test around the southern port of Southampton, and new trials in Salford, near Manchester in northern England.

The government, anxious about the mounting economic toll of the outbreak and nearly three months of lockdown, has been urging Britons to return to work and school this week.

But its testing approach, and a programme to track and trace new Covid-19 cases via mobile app, have hit repeated snags.

Local flare-ups required new lockdowns this week in parts of northern England and in the Scottish city of Glasgow.

Travel sites meanwhile reported a rush on flights back to Britain from Portugal following a surge in infection rates in the southern European country.

Hancock appeared to indicate that Portugal would soon be added to a list of Covid-19 hotspots such as France and Spain, from where all travellers returning to England must self-isolate for 14 days.

An announcement will come on Friday, he said, after Portugal's weekly rate of infection climbed over a British government threshold.

"Everybody has seen that we are prepared to take decisions to put individual countries back on the quarantine list if that's what is necessary," Hancock said.

"So people should look at the data but also should only travel if they are prepared to quarantine, if the virus goes up when they are in that country."

The devolved government in Scotland meanwhile said travellers from Greece would have to quarantine from Thursday but the country remained on England's separate safe list for now.